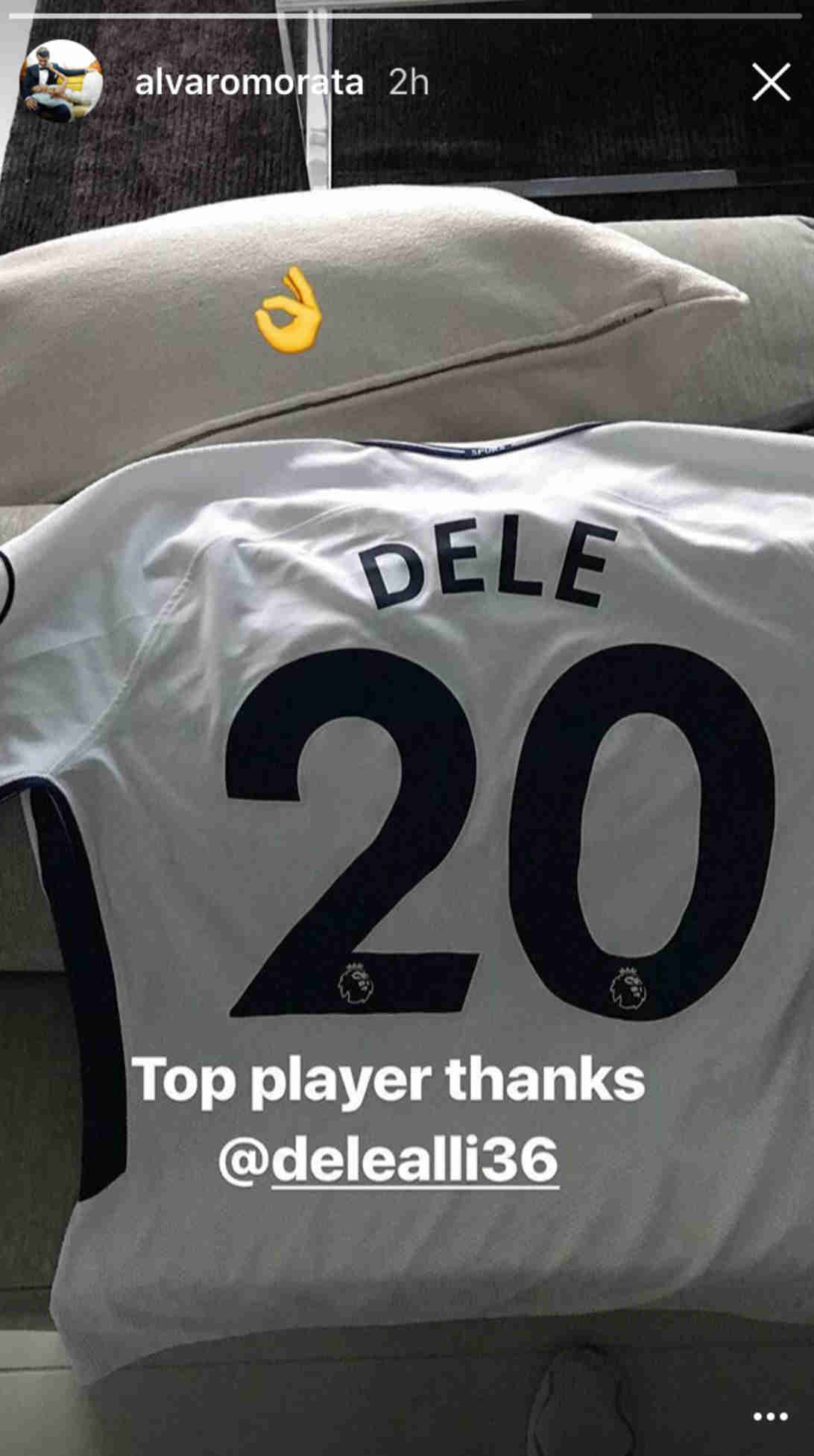 Alvaro Morata has hailed Dele Alli as a “top player” after the Chelsea striker got his hands on the Tottenham Hotspur midfielder’s shirt following Sunday’s Wembley clash.

The Premier League champions registered their first three points of the 2017-18 Premier League campaign after a 2-1 victory over their north London rivals at the home of English football.

Marcos Alonso broke the deadlock with a superb free-kick in the first half after Morata missed a great chance to score his second Premier League goal of the 2017-18 season.

Michy Batshuayi inadvertently scored an own goal to level the Wembley clash before Alonso restored Chelsea’s lead with two minutes to play at Wembley.

And Chelsea striker Morata was thrilled to get his hands on Alli’s match shirt as the Spain striker posted the above photo on his Instagram story following his first taste of a London derby.

The 24-year-old moved to Chelsea in a £58m deal from La Liga giants Real Madrid earlier in the summer transfer window.

Chelsea will host Everton in their next Premier League fixture at Stamford Bridge on Sunday.