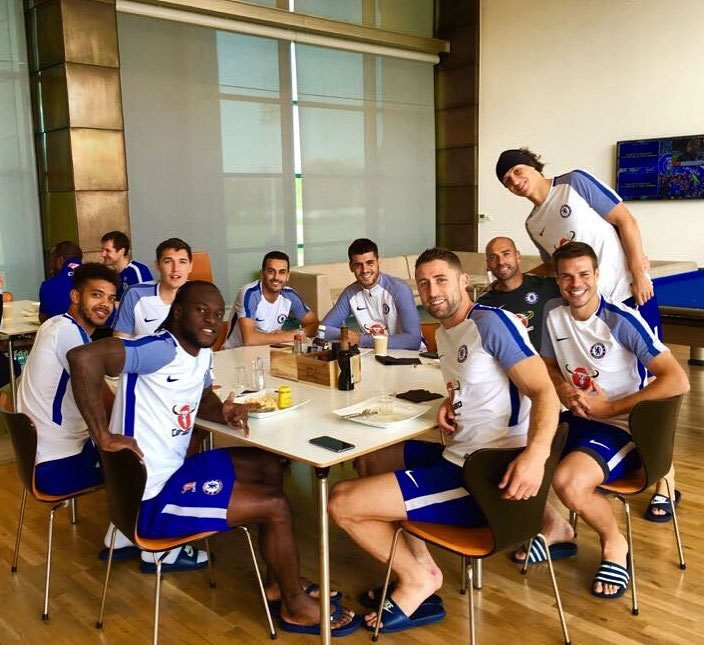 Alvaro Morata looked to be in high spirits as enjoyed breakfast with his new Chelsea team-mates at Cobham on Friday morning.

The Spanish striker is getting used to life at the west London club after having signed for the Blues from Real Madrid last month.

Morata made his first Premier League start for Chelsea last weekend as he played 79 minutes of the Blues’ 2-1 victory over Tottenham Hotspur at Wembley.

The striker will be hoping to start up front once again when the Blues take on Everton in their next home game at Stamford Bridge on Sunday afternoon.

And for now, he looks like he is settling in well to life at his new club as he bids to try and help Chelsea retain their Premier League title this season.

Chelsea are also preparing for a return to the group stage of the Champions League next month after their title triumph last term.

The Blues will take on Atletico Madrid, Roma and Qarabag in the group stage of Europe’s elite club competition after the draw was made on Thursday in Monaco.