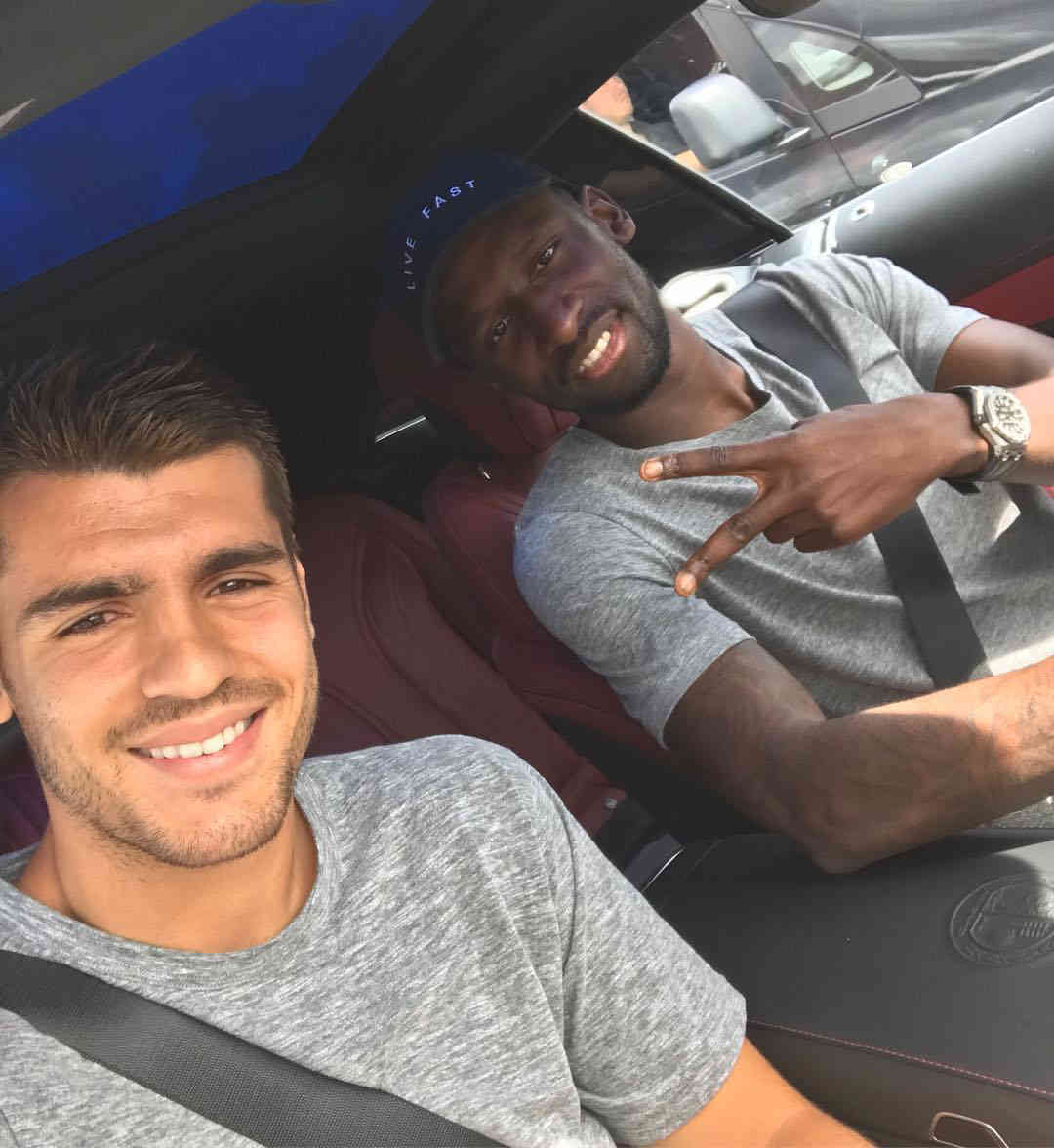 Tiemoue Bakayoko and Alvaro Morata appears to have struck up a bit of a bromance.

Chelsea signed Bakayoko in a £39m deal from Ligue 1 champions AS Monaco last month to strengthen their midfield options.

The France defensive midfielder will be tasked with building an understanding with PFA Premier League player of the year N’Golo Kante.

Morata was the fourth signing at Stamford Bridge following the arrival of Willy Caballero, Antonio Rudiger and Bakayoko.

The Premier League champions coughed up a £58m fee to sign the Spain international from La Liga giants Real Madrid.

The 24-year-old will be tasked with filling the goal void if Diego Costa secures his anticipated move away from Stamford Bridge.

And Morata is already establishing a bond with Bakayoko after the two Chelsea signings car pooled to Cobham training ground.

Morata posted the above photo on his Instagram page and wrote the following caption: “On our way to cobham! 🔵”