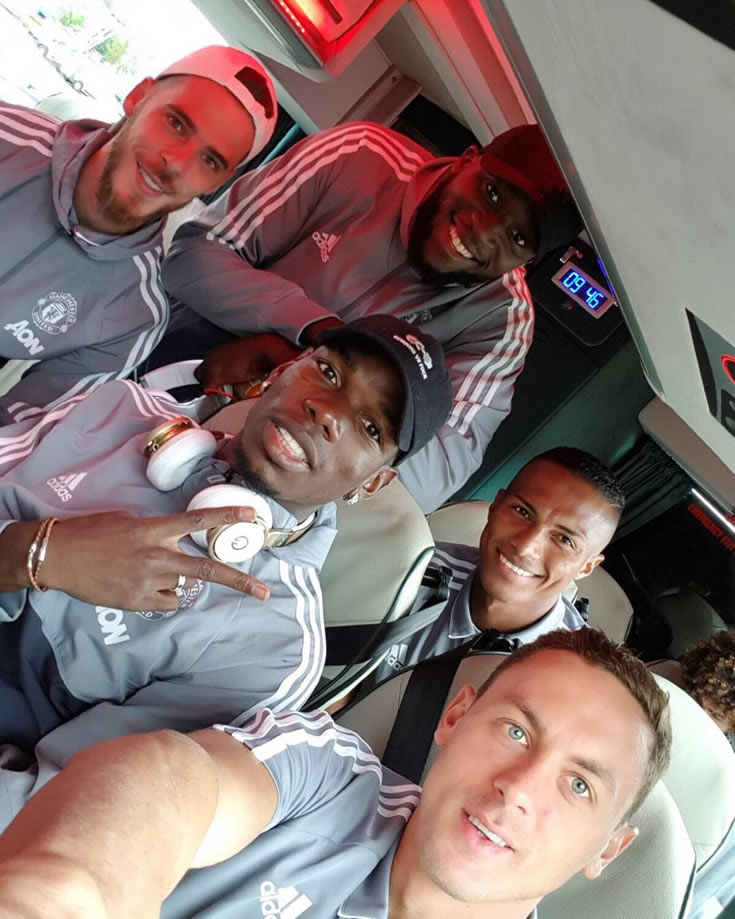 Nemanja Matic has told Chelsea fans that Manchester United are the “biggest” club he has ever played for.

The Serbian midfielder became the Red Devils’ third signing of the summer earlier this month when Chelsea agreed to sell the 29-year-old to their Premier League rivals.

The transfer was met with surprise amongst some fans, with Matic having played a crucial role in helping Chelsea to win the Premier League title two seasons ago.

Now, the midfielder, who made his Old Trafford debut as a Red Devils player last weekend in the 4-0 win over West Ham, has claimed that Manchester United are the biggest club he has ever lined up for.

“When you say Manchester United, it is different. Also Chelsea is a big club, Benfica are the biggest club in Portugal. But Manchester is Manchester.

“When I came here for the first day, I could feel that the people at the club help you every day if you need something and supporters are very important for this club.

“After every training session, they are waiting for us outside the training ground to take pictures, to give a signature so I think the club is one of the biggest in the world.

“Maybe you have two or three clubs similar to United, but Manchester is one of the biggest clubs in the world for sure.”

Matic will be hoping to feature for the Red Devils when they take on Swansea City in their next Premier League game at the Liberty Stadium on Saturday lunchtime.

The Red Devils are currently at the top of the Premier League table after their thumping win over West Ham last weekend.

Manchester United have signed Victor Lindelof and Romelu Lukaku as well as Matic so far in the current transfer window.