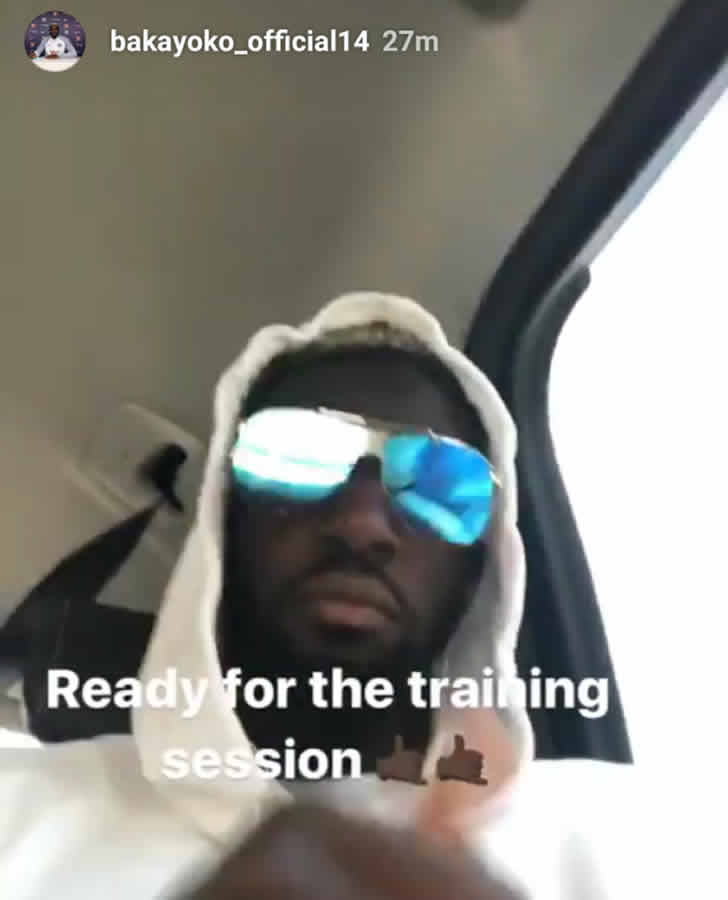 Chelsea have been handed a boost ahead of their crunch clash against Tottenham Hotspur on Sunday after Tiemoue Bakayoko confirmed that he has returned to training.

The midfielder, who signed for Chelsea from Monaco this summer, has missed the west London side’s first two games of the season due to a minor knee problem.

However, it looks as if the France international is now closing in on his Chelsea debut after he took to social media to reveal that he is set to train at Cobham this week.

Bakayoko posted the selfie above of himself on his way to training and wrote: “Ready for the training session.”

Bakayoko was forced to watch from the stands as Chelsea ended up suffering a surprise 3-2 defeat by Burnley in their Premier League opener on Saturday, as Antonio Conte’s men had both Cesc Fabregas and Gary Cahill sent off.

Chelsea will be looking to get back to winning ways when they take on Tottenham at Wembley on Sunday as Spurs prepare for their first Premier League game at the home of the national team.

The Blues will be hoping to welcome Bakayoko into their squad as soon as possible as they also prepare to compete in the Champions League next month.