Chelsea are pondering a surprise bid to try and sign Jamie Vardy from Leicester this summer, say reports 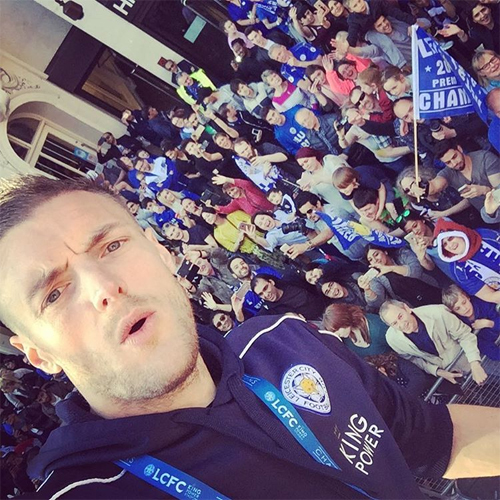 Chelsea are pondering a surprise move to sign Jamie Vardy from Leicester City before next week’s transfer deadline, according to reports in the British media.

The Daily Mirror is claiming that the Blues are weighing up a bid to try and bring the England international to Stamford Bridge as Antonio Conte looks to strengthen his attacking options.

The same report states that Chelsea are out to bolster their attacking options this summer, with Diego Costa still in self-imposed exile and Michy Batshuayi’s future unclear.

Chelsea have already been linked with a move to sign Vardy’s Leicester team-mate Danny Drinkwater, but the Blues are now apparently also showing interest in the England striker too.

Vardy turned down the chance to move to Arsenal last summer and signed a new £100,000 a week contract with the Foxes after their famous Premier League title triumph in 2015-16.

Chelsea picked up their first Premier League win of the season on Sunday when they sealed a 2-1 victory over Tottenham Hotspur at Wembley.

The west London side are now preparing to host Everton at Stamford Bridge on Sunday afternoon.