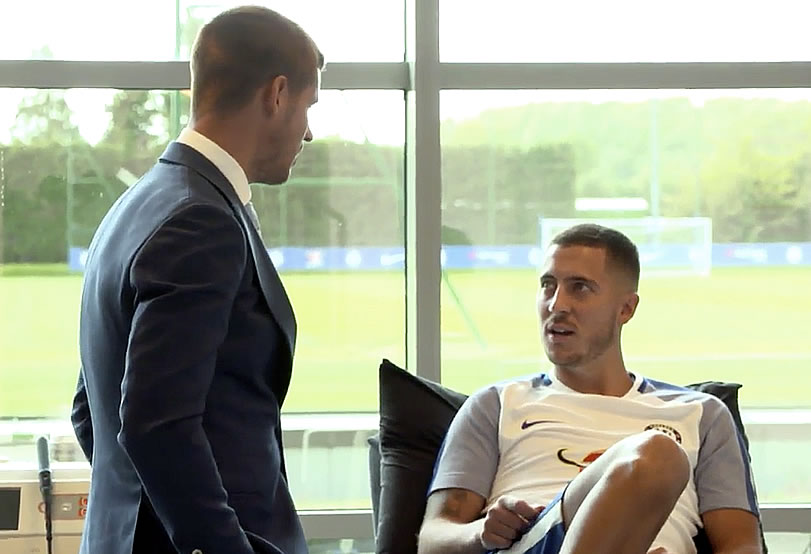 Chelsea need to get Eden Hazard back in their team as quickly as possible, according to Frank Lampard.

The Belgian playmaker was forced to watch from the stands as Chelsea suffered a shock 3-2 defeat by Burnley in their Premier League opener at Stamford Bridge on Saturday.

Hazard is currently working his way back to full fitness after suffering a broken ankle while on international duty with Belgium at the start of the summer.

The 26-year-old went under the knife to correct the problem but has missed the start of the season after spending most of the summer working on his rehabilitation.

Alvaro Morata made his Premier League debut and scored one of Chelsea’s goals during the shock loss to Burnley on Saturday.

And Lampard has suggested that Chelsea need to get both Morata and Hazard playing together as quickly as possible.

Speaking on Premier League Tonight on BT Sport on Saturday, Lampard said: They need to get him [Morata] up front, playing up top as a goal-scorer.

“They obviously also need Eden Hazard to be there. Eden Hazard, for me, is the magic in the team.

“There’s obviously quality throughout the team but Eden Hazard is the one who can make things happen.”

Chelsea will now look to get back to winning ways when they take on Tottenham Hotspur in their next Premier League game at Wembley on Sunday afternoon.

The Blues are also gearing up for a return to the Champions League after their title triumph last term.