Liverpool must match Chelsea's offer for Alex Oxlade-Chamberlain in the race to sign the Arsenal star, according to Kaveh Solhekol 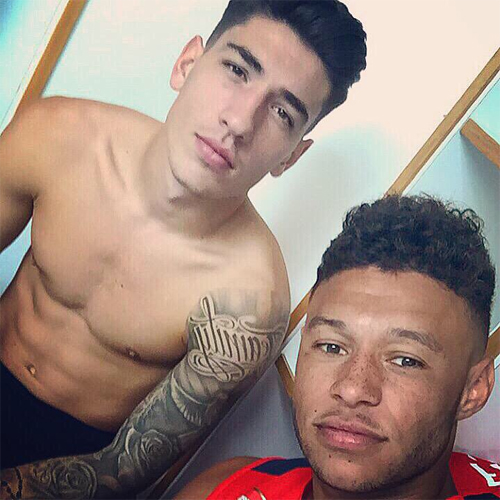 Liverpool still have a chance to sign Alex Oxlade-Chamberlain, despite Chelsea moving into pole position in the race for Arsenal midfielder’s signature, Kaveh Solhekol has claimed.

The Premier League champions are reported to have agreed a £35m fee with the Gunners to sign the 24-year-old ahead of Thursday’s transfer deadline.

The west London club are already thought to be holding talks with Oxlade-Chamberlain’s advisors about personal terms.

However, Liverpool are still being linked with a deal to sign the England international despite Chelsea’s agreement with the north London club.

Both Antonio Conte and Jurgen Klopp are looking to improve their squads ahead of the Champions League group stage.

“He’s being linked with Chelsea but Liverpool are not out of this yet. Arsenal are letting him go because he has just a year left on his contract and he’s refused to sign a new deal,” Solhekol told Sky Sports News on Tuesday.

“Chelsea are willing to pay £35m and now Liverpool have to decide whether to match that fee.

“In the meantime, Chelsea are discussing personal terms with Oxlade-Chamberlain’s advisors. He’s with the England squad at the moment. He’s expected to sort out his future away from Arsenal.”

Liverpool were 4-0 winners against Arsenal in the Premier League on Sunday thanks to goals from Roberto Firmino, Sadio Mane, Mohamed Salah and Daniel Sturridge.

The Merseyside outfit have agreed a £48m deal plus add ons to sign RB Leipzig midfielder Naby Keita in a club-record deal next summer.