US Open 2017: Rafael Nadal, Roger Federer and Andy Murray headline draw in battle for No1

Rafael Nadal, Roger Federer and Andy Murray are ready to battle it out at the US Open in the final grand slam of the year 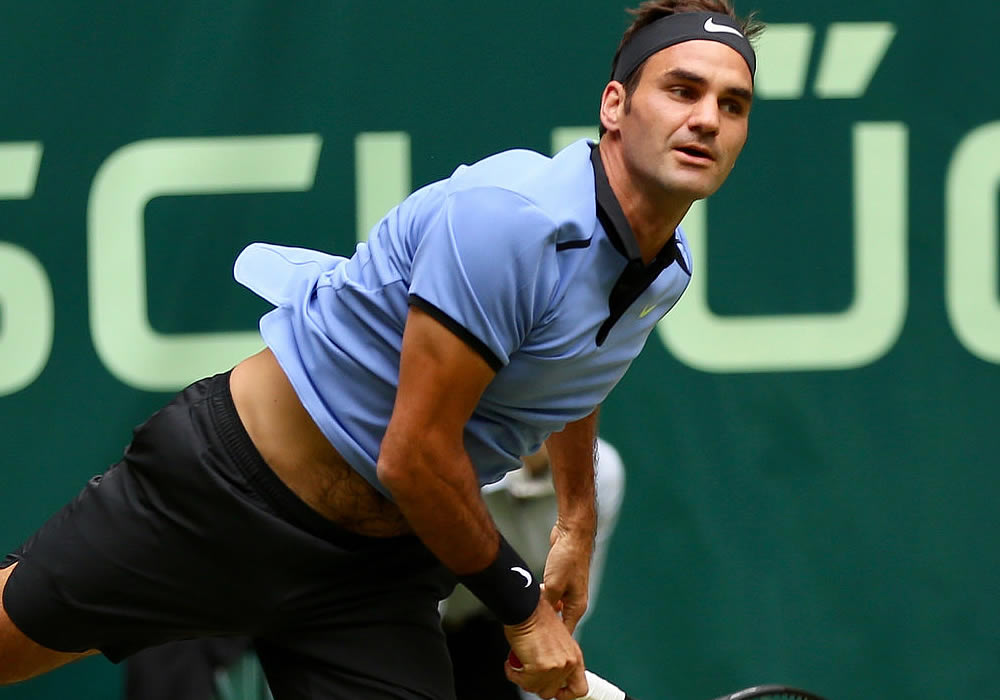 What a difference a year makes.

When the draw was made for the final Major of the year in New York in August 2016, the two men who had battled for supremacy for much of the year, No1 Novak Djokovic and No2 Andy Murray, were the top seeds, and would collide by the end of the season to determine who would start 2017 as No1. It was Murray, top of the pile for the first time.

Nowhere to be seen as 2016 played out to its conclusion were Roger Federer and Rafael Nadal, both withdrawing from the tour for extended periods with injury.

But in 2017, there has been extraordinary reversal of fortune.

That season-long battle between Djokovic and Murray left a legacy, with Djokovic plagued by arm and shoulder niggles, struggling with form and confidence, and then splitting with his long-standing coaching team. He drew a line under his season after Wimbledon.

Murray contracted shingles at the start of the year, picked up an elbow injury, and looked weary in both mind and body for much of the year. Come the grass season, he limped his way to the Wimbledon quarters and has not played since.

Meanwhile, the reinvigorated and rested former No1s and former US Open champions, Federer and Nadal, cut a swathe through the season to win all three Majors plus four Masters titles—and another ATP 500 title apiece.

The result is that Federer, who began 2017 ranked No17, is now at No3 and challenging to regain the No1 ranking for the first time in almost five years. And Nadal, who started the year at No9, has this week claimed the top spot for the first time in over three years, pushing Murray down to No2.

Three-way battle for No1

And that sets up a three-way clash for the top in New York, and perhaps as intense a race to the end-of-year No1 as Murray and Djokovic played last year. For Federer trails Murray by only five points, and has nothing at all to defend for the rest of the year, while Nadal won only five matches from his first round in New York until the end of the year. Murray, however, went unbeaten through five tournaments up to and including the World Tour Finals.

But it is not just last year’s runner-up Djokovic who has drawn a line under his season. The man who beat him to last year’s title, No4 Stan Wawrinka, and No10 Kei Nishikori have done the same.

No11 Milos Raonic is also a late casualty, and that means there is a very real chance for some of the impressive younger stars to consolidate fine results and ranking rises on the biggest of stages.

Alexander Zverev was seeded No27 a year ago when still a teenager. But he has since risen to a career-high No6 this week on the back of a second Masters title in Montreal.

Meanwhile Grigor Dimitrov, after a slip in form last year, has come back into contention to nab a valuable top-eight spot, and as luck would have it, he has fallen into Nadal’s quarter—and few will forget how close he came to denying the Spaniard in the semis of the Australian Open. Should he need any more of a confidence boost, it came last week with his first Masters title in Cincinnati.

In that final, Dimitrov beat the flamboyant shot-maker Nick Kyrgios, who made the quarter-finals in his first Wimbledon appearance at age 19, and then the quarters at the Australian Open the next January. After repeated dips in confidence and injury problems, he fired off three titles last year to reach No13, and continued this year with wins over Djokovic, almost beating Federer in Miami, and playing some stunning tennis to down a stream of tough opponents in Cincinnati. In short, when he is good, he is very, very good.

Nadal was champion in New York, in 2010 and 2013, has a 46-10 record here, and on his 2017 form, he should have little trouble in the early rounds against Richard Gasquet, his opening seed, followed by No15 Tomas Berdych: neither opponent has been as their best this year.

But if Nadal also comes through Dimitrov, he could set a semi-final showdown with Federer, which would be their first meeting in New York in 37 matches.

Nadal does have other unpredictable players in his section—Fabio Fognini, David Goffin and Gael Monfils—but Federer has the more stacked quarter, not least in opening against teenager Frances Tiafoe, who is one among a set of dangerous unseeded players such as Fernando Verdasco and Vasek Pospisil.

The five-time champion’s fourth round line-up is particularly intriguing, bringing the winner between two big-hitting, in-form men, Sam Querrey and Nick Kyrgios. The quarters then promise former champion Juan Martin del Potro—often a thorn in Federer’s side though not yet showing his best this year—or Dominic Thiem, who beat Federer in their last two matches.

Tough quarter for No4 debutant Zverev

The third quarter is also a challenging one. It is topped by Zverev, who is scheduled to meet Wimbledon finalist (and 2014 US champion), Marin Cilic, in the quarters, and while the young star has the better of their previous meetings, Cilic had a great grass season before being side-lined by injury concerns. Like Murray, this is the Croat’s first outing since Wimbledon.

And Cilic has a tough segment, opening against Gilles Simon, then the big, fast-rising #NextGen player, Karen Khachanov, and the fourth round poses the likes of John Isner, Benoit Paire, and Mischa Zverev. Not that Zverev junior’s route to the quarters is much better, with unseeded Borna Coric and Jiri Vesely, before unseeded Ernests Gulbis or the formidable Kevin Anderson, with heavyweight Jack Sock or Gilles Muller in the fourth round.

Compared with these, then, Murray has come out of the draw relatively lightly. There are a couple of unpredictable non-seeds in there, such as Florian Mayer and Thanasi Kokkinakis, but he should outpace and out-last his seeds: Diego Schwartzman, David Ferrer and Lucas Pouille. Even in the quarters, Murray should better baseliners such as Pablo Carreno Busta and Albert Ramos-Vinolas, and his highest seed, Jo-Wilfried Tsonga, has been floundering with form—just three match-wins in his last five tournaments.

Not for Murray, either, the prospect of facing one of his No1 adversaries before the title match, and if he is 100 percent fit, his record in New York suggests he should keep up the pressure all the way to that final weekend.

New York brought the Briton’s first Major title in 2012, and his first final way back in 2008. He now has a 44-11 record there, but then New York has been the only Major to throw a couple of new champions into the mix in recent years—that is, not Nadal, Murray, Federer, Wawrinka or Djokovic. Perhaps the circumstances are again right for the US Open to crown a new head.

US Open champions in draw