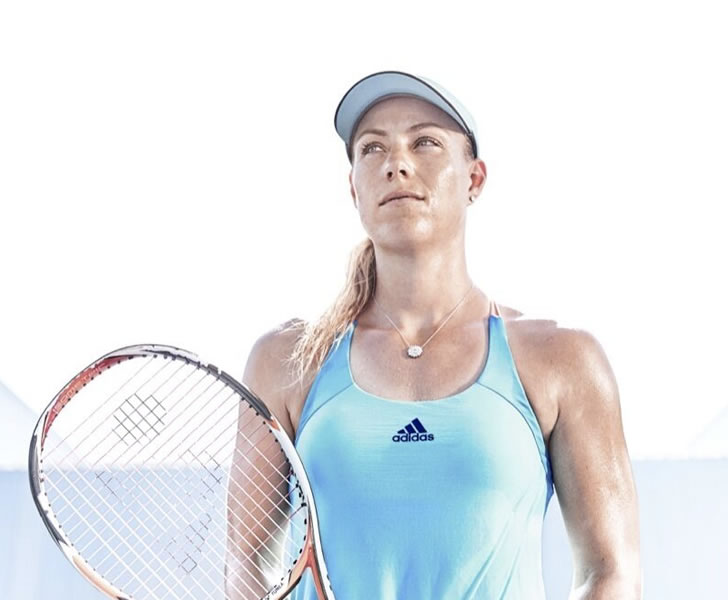 The two finalists from last year’s US Open began their campaigns at the start of a very gloomy day over Flushing Meadows.

Fortunately for both runner-up and current No1 Karolina Pliskova and defending champion Angelique Kerber, who became No1 right here last year, the biggest tennis stadium in the world now has a roof. Not that Pliskova needed one.

The Czech may have risen to No1 after Wimbledon despite losing in the second round there—Simona Halep doing her the favour of failing to reach the semi-final—but her form during the rest of the season was proving just what a formidable presence she had become.

Titles in Eastbourne, Doha and Brisbane, and semi-finals in Miami, Indian Wells, Cincinnati and the French Open topped out a year that also boasted quarter runs in Toronto, Rome and the Australian Open.

And arguably, it all started here for the 25-year-old in a final finish that took in wins over both Williams sisters. Before that, she had reached the third round in Majors only three times.

So she was favoured to beat the No72-ranked Polish woman, Magda Linette, as she had four times in their previous five matches. But even her biggest admirers may not have expected such a decisive victory, 6-2, 6-1—all done and dusted in an hour and 19 minutes, just as the rain began to disrupt the other matches around Flushing.

Not that it was as plain sailing as the score suggested. Linette worked 10 break points but could only convert one of them. And Pliskova took the game to her opponent with confidence, getting to the net 18 times to win 12 points. She also struck, by her standards, a modest eight aces, and that meant that her new #AceQueen charity initiative for a Prague hospital was $1,600 better off by the end of the match.

Pliskova will next play either Veronica Cepede Royg or Nicole Gibbs, though by 3.30pm, the tournament had already taken the decision to cancel all remaining matches except those under the Arthur Ashe roof: The rain was here to stay.

But Pliskova had thrown down the gauntlet at the top of the draw. It was now the turn of Kerber to follow suit.

However in contrast to Pliskova’s upward trajectory since last September, Kerber’s fortunes had been far more uncertain. It would, of course, always be a challenge to replicate a breakthrough year like 2016, during which the German won her first two Majors and reached the final of a third, but this year, she arrived in New York without any title to her name, and only one final run in Monterrey.

Since Wimbledon, she had played only one event, losing to Sloane Stephens in the third round in Toronto, and it was all taking a toll not just on her confidence but her ranking—down to No6, and she was not even among the eight women who could claim the top spot during the US Open. Indeed a loss here would take her outside the top 10, and it was not an easy opener against teenage talent, Naomi Osaka.

The young woman from Japan made a real mark here last year with a third-round run that took out No30 seed Coco Vandeweghe. Her match against No9 seed Madison Keys reduced her to tears, though, as she gave up a 5-1 lead in the final set. This time, she would not make the same mistake, in a devastating display of aggressive baseline tennis.

Kerber lived with her for the first six games, but the Japanese broke in the eighth and served out the first set, 6-3, after just 35 minutes.

The second raced by in even more impressive fashion, as the 19-year-old cranked up her winners to 22 compared with just nine to Kerber. She broke in the first game, fought off a break point in the second, and broke again for a 4-1 lead with a blistering forehand winner and then a backhand in the same mould.

And unlike last year, she did not take her foot off the pedal, pressing Kerber for one final break and a 6-1 victory—65 minutes in total. It was her first top-10 win, but this very contained young woman was not about to leap for joy—it is not her way. She does, she admitted afterwards, scream to herself inside, but conceded:

“It means a lot, especially since the last time I was here—I was really hoping I wouldn’t do that again.”

As for her expectations ahead, she kept it simple:

“I just really want to play good and carry that on to my next match.”

That next match will be against either a qualifier or Denisa Allertova, who is ranked more than 40 places below her at 90.

The only other matches completed were No23 seed Barbora Strycova’s win over Misaki Doi, Yanina Wickmayer’s win over No28 seed Lesia Tsurenko, and Sorana Cirstea’s win over Lesley Kerkhove.

All those concerned will be very pleased that they were scheduled for an 11am start.

US Open 2017: Champions Nadal and Federer thrill fans with first step to No1 showdown