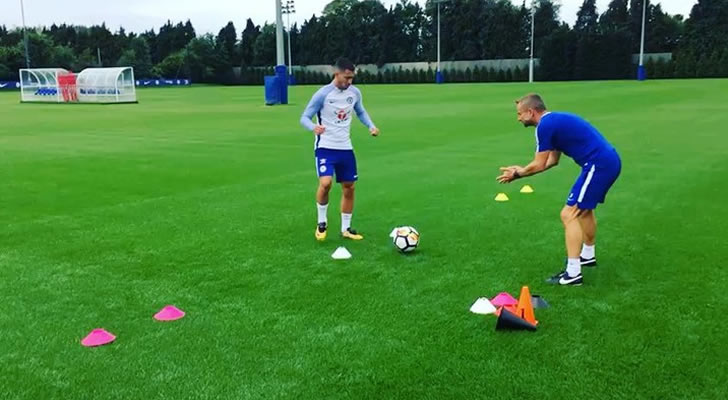 Eden Hazard has revealed that he is feeling fit and ready to return to action for Chelsea in the coming weeks.

The Belgian playmaker is yet to make a single appearance for the Blues this season after undergoing ankle surgery at the start of the summer.

Hazard suffered a broken ankle while on international duty with Belgium after the end of last season and has been working hard on his rehabilitation at Chelsea’s training ground in recent weeks.

Chelsea fans will be hoping to see Hazard back in action in a Blues shirt in the next few weeks as the west London side bid to try and defend their Premier League title this season.

And the 26-year-old has delivered a promising update for Chelsea fans ahead of the Blues’ clash with Leicester at the King Power Stadium on 9 September, after the international break.

Speaking at a news conference while on international duty with Belgium on Wednesday night, Hazard said: “It’s been two weeks since I rejoined the group at Chelsea.

“I have not yet played an official game but I feel good and I’m looking forward to playing.”

Chelsea secured a 2-0 victory over Everton at Stamford Bridge in the Premier League on Sunday to follow up their 2-1 win against Tottenham at Wembley.

The Blues have bounced back after suffering a shock 3-2 loss to Burnley in their opening game of the season.

Why Alex Oxlade-Chamberlain should be applauded for Liverpool FC move