Pat Nevin: This is why Kevin De Bruyne didn’t work out at Chelsea 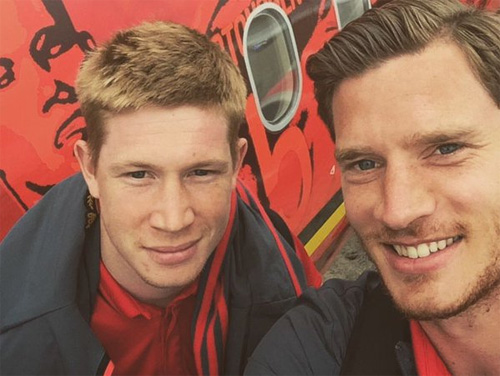 Pat Nevin has attempted to explain why Kevin De Bruyne didn’t prove a success at Chelsea.

The Belgium international has established himself as one of the best players in the Premier League so far this season.

De Bruyne has made three assists in five appearances in the Premier League to help the Citizens keep pace with title rivals Manchester United.

The attacking midfielder moved to Manchester City in a £55m deal from Wolfsburg in the 2015 summer transfer window.

De Bruyne started his Premier League career at Chelsea but struggled to make an impression under Jose Mourinho.

The 26-year-old was facing competition from Eden Hazard, Willian, Andre Schurrle and Oscar during the 2013-14 season.

Former Chelsea winger Nevin felt that De Bruyne was unfortunate during his time at Stamford Bridge.

“Chelsea had Hazard one one side. They had Oscar who was the Brazilian No10.

“There was one position on the right midfield. They tried Salah, Schurrle and Cuadrado. Then Willian comes in.

De Bruyne has won the EFL Cup in 2016 but is still waiting to get his hands on the Premier League title.

The Belgian midfielder has scored 23 times in 96 games in all competitions over the past two seasons.