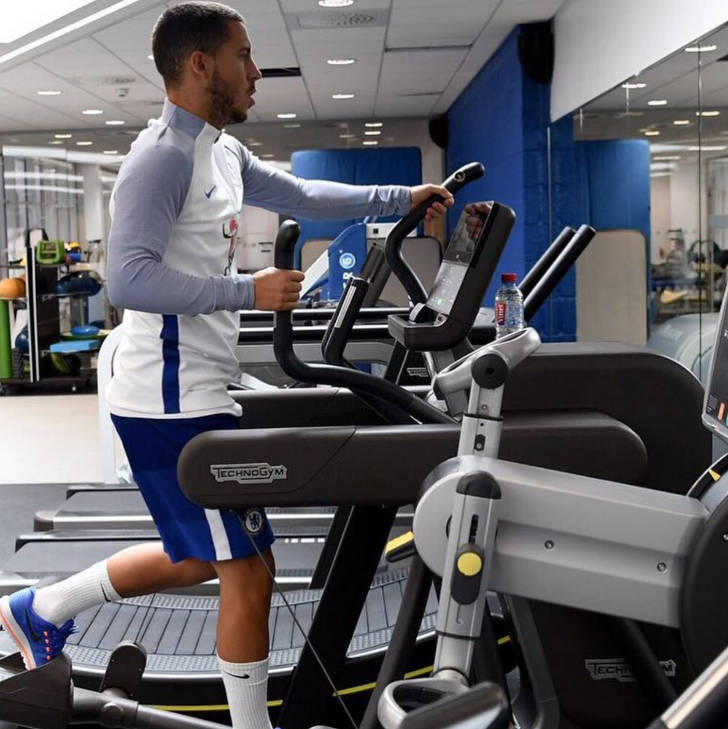 Eden Hazard has admitted that he cannot wait to get back playing for Chelsea and says his main target for the season is to stay fit.

The Belgian playmaker has been out of action since the start of the summer after suffering a broken ankle while on international duty.

He missed Chelsea’s first three Premier League games of the season but returned to action for Belgium during the international break and is now in line to make his return for the Blues.

It remains to be seen whether Hazard will feature for Chelsea when the Blues take on Leicester City at the King Power Stadium in the Premier League on Saturday.

However, Hazard has admitted that he cannot wait to be back in action for Chelsea in the coming weeks.

Hazard told the Daily Mail, as quoted by Metro: “The most important thing for me is just to recover, so I can get back in the squad and go out on the pitch to play.

“My goal is just to play football and to enjoy myself in front of the fans.

“You know I just want to recover from my injury, it is too bad I missed the first games, but when I am back I just want to be playing at Stamford Bridge and having fun.”

Chelsea have bounced back from their shock 3-2 loss to Burnley on the opening weekend to beat both Tottenham and Everton and get their campaign back on track.

Jose Mourinho: 21-year-old can be a future Man United great