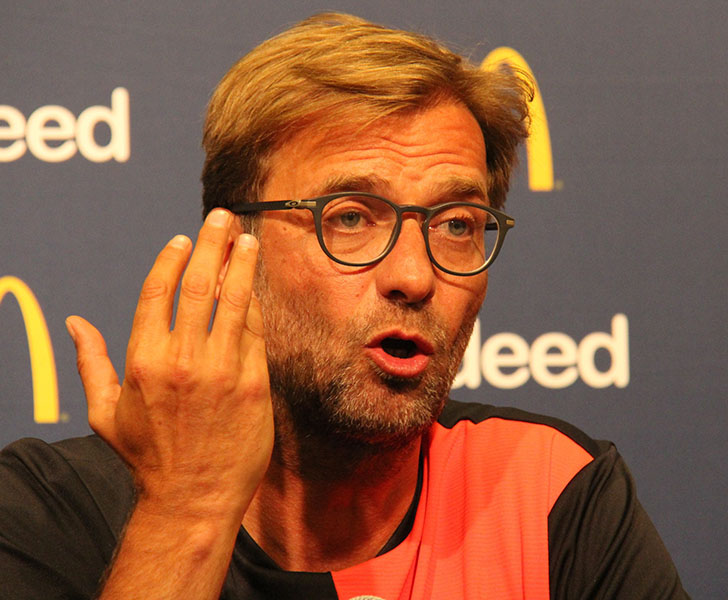 Paul Ince has admitted he feels sorry for Jurgen Klopp after Liverpool’s inconsistent start to the 2017-18 season.

The Reds missed out on the chance to record their first Champions League win of the 2017-18 season on Tuesday night despite a dominant performance in Russia.

Liverpool came from behind to secure a 1-1 draw with Spartak Moscow after Philippe Coutinho scored a superb equaliser in their second group stage clash.

However, the Merseyside outfit failed to convert one of their 16 shots on goal into a winner to leave Liverpool with two points from two games.

The Reds have only managed to win one of their Premier League games in September following a 3-2 win at Leicester City last weekend.

Liverpool have scored 12 times in six Premier League games but the Merseyside club have conceded 11 goals to undermine their impressive attacking display.

However, former England midfielder Ince believes Liverpool’s problems in fact stem from their wastefulness in front of goal and not their unconvincing defence.

“I really sympathise with Jurgen Klopp, because he’s brought a philosophy into Liverpool that sees his team create chance after chance consistently,” Ince wrote in his Paddy Power column.

“They’re brilliant going forward and, the thing is, if his forwards don’t take those chances they put pressure on the back five or six.

“If they’d have taken a few more of those chances this season – including against Spartak in the Champions League where they drew 1-1 – the game would’ve finished three or 4-0. And if they’d been better in front of goal, no one would be moaning about their defence.

There’s got to be more onus on those forward players for not getting the ball in the net and being more clinical.”

Liverpool will make the trip to St James’ Park on Sunday evening to face their former manager Rafael Benitez and his Liverpool team.

The Reds signed four players in the summer transfer window to improve their squad ahead of the 2017-18 campaign.