Emre Can sends honest message to Liverpool FC supporters: I can do better 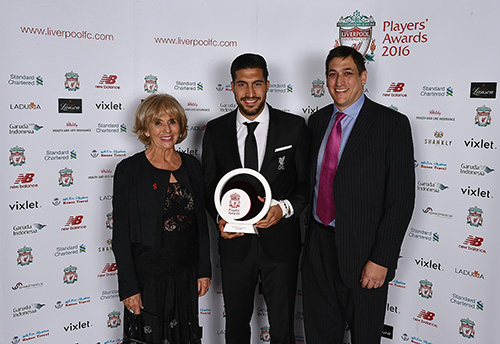 Emre Can has admitted that he can do a lot better as Liverpool look to recover from their recent slump.

The Germany international was one of the main reasons behind Liverpool’s impressive start to the season in both the Champions League and the Premier League.

Can scored twice in Liverpool’s 4-2 win against Bundesliga outfit Hoffenheim in their Champions League playoff to secure a group-stage spot.

The Reds midfielder helped Jurgen Klopp’s side to get the better of the Arsenal midfield in a resounding 4-0 victory over their title rivals at Anfield.

However, Can was disappointing in a 5-0 loss to Manchester City at the Etihad Stadium as the versatile midfielder failed to protect his back four.

The 23-year-old was part of the Liverpool team that played out successive stalemates with Spanish side Sevilla and Premier League outfit Burnley.

Can was restored for the Merseyside outfit’s disappointing 2-0 loss to Leicester City in the League Cup third round mid-week.

However, the German midfielder should return to make his eighth start in 10 games at the King Power Stadium in the Premier League on Saturday evening.

And Can conceded that he must do better to help Liverpool overcome is problematic slump.

“I think I have done well but I can do better,” Can told Liverpool’s website.

“I have scored two goals; I have the feeling I could score more goals, have more assists and defend better,” Can said.

“But I feel good, I feel in shape and I hope I can help the team. I always try to help the team, that’s the most important thing.

“I try to be in the box more because the manager expects it from the midfielders. When somebody crosses or plays the ball into the box, I try to be there.”