Why Alex Oxlade-Chamberlain should be applauded for Liverpool FC move 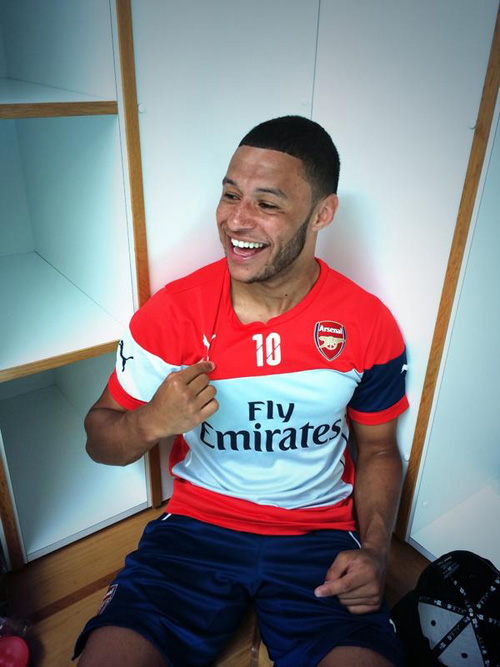 Alex Oxlade-Chamberlain’s Liverpool move has allowed the midfielder to avoid falling into the same pit of mediocrity that has swallowed up Theo Walcott and many other once promising Arsenal talents.

The 24-year-old has plunged Arsenal into an even deeper crisis after his £40m deadline day switch to the north London side’s title rivals Liverpool.

Oxlade-Chamberlain’s transfer to Liverpool is made all the more remarkable (or satisfying, if you’re a Reds fan) given the England international turned down the lure of the Premier League champions Chelsea.

His critics have wasted no time branding the midfielder as nothing more than a fringe player who is overpriced at £40m and won’t trouble Jurgen Klopp’s current midfield options.

This transfer shouldn’t be greeted with cynicism but admiration. Oxlade-Chamberlain has shown conviction to turn his back on what was already a very a comfortable Arsenal career.

One of the big criticisms of Arsene Wenger’s squad over the past three or four seasons has been a lack of leadership.

Walcott is the club’s longest-serving player but the Arsenal striker has never won the Premier League or the Champions League. The England international isn’t even first choice.

Of course, just because you’ve been around a club longer than the rest of your team-mates doesn’t warrant an automatic place in the team. Walcott was once England’s golden kid and at 28 should be at the peak of his powers.

Instead, Walcott has forged a comfortable career as a squad player at Arsenal earning in excess of £100,000 a week. The former Southampton star has threatened to resurrect his stagnating career with bursts of good form but has never found consistency.

Oxlade-Chamberlain appeared to be on the same career trajectory. He was often been placed in the same bracket as Walcott: a promising English player that lacks consistency and a win-at-all-costs mentality.

His move to Liverpool proves that he doesn’t want to follow in his team-mates’s footsteps. Walcott has set an example of how to let your career fester in mediocrity. Not the type of leadership Arsenal fans want.

Oxlade-Chamberlain is taking a risk worth applauding. He witnessed firsthand just how good Liverpool’s attacking options are during his final Arsenal appearance in a 4-0 hammering at Anfield last weekend.

The fourth summer signing will be hoping to compete with Emre Can and Georginio Wijnaldum for a place alongside Jordan Henderson in Klopp’s midfield three.

There are no guarantees that he will be a first team regular but perhaps that uncertainty is what Oxlade-Chamberlain needs to knuckle down and prove he has the talent but more importantly the commitment to become a top Premier League midfielder.

It’s refreshing to learn that the Liverpool signing turned down the chance to earn more money at Arsenal and Chelsea. The Gunners were willing to offer the versatile midfielder a deal that could end up being worth £180,000 a week depending on Champions League qualification.

The 24-year-old could easily have accepted the pay rise and continued to stagnate at Arsenal. But rather than languish at The Emirates, Oxlade-Chamberlain will battle to establish himself as an important member of Klopp’s team. He has found his appetite for a challenge.

His price tag reflects the current transfer market – too. Ross Barkley and Danny Drinkwater are being valued at a similar price. Barkley has grossly underachieved like Oxlade-Chamberlain.

The Southampton youth graduate has the potential to make his transfer fee look like a bargain and become a top midfielder for both Liverpool and England.

We said the same of Walcott. But Oxlade-Chamberlain is different. He has made the move to a different environment swapping London for Liverpool.

The 24-year-old’s decision to move shows a self-awareness that he isn’t fulfilling his talent and a determination to put that right.

These two qualities should help him to thrive under Klopp and prove he is a winner.