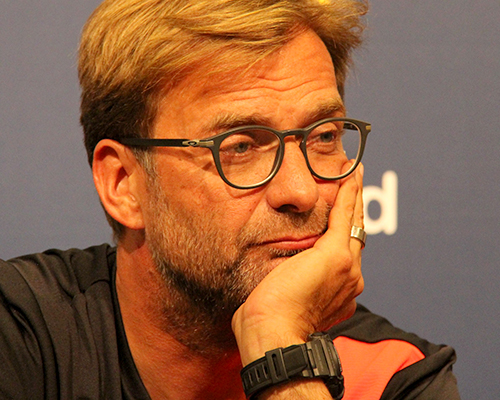 The 24-year-old completed a £40m transfer to Liverpool from title rivals Arsenal on transfer deadline day after months of speculation.

Oxlade-Chamberlain has signed a long-term contract with the Merseyside outfit to start a new chapter in his Premier League career.

The England international scored 20 times in 198 appearances in all competitions during his seven seasons at the Emirates Stadium.

Oxlade-Chamberlain won the FA Cup three times during his Gunners career and scored the winner in a 2-1 victory over Chelsea in the FA Cup final last term.

The versatile midfielder didn’t come close to winning the Champions League or the Premier League since moving to Arsenal from Southampton in 2010.

Oxlade-Chamberlain rejected a contract extension with Arsenal before turning down the chance to move to Premier League champions Chelsea.

Liverpool boss Klopp spoke of his delight that Oxlade-Chamberlain was willing to turn his back on one great Premier League club to move to another this summer.

“This is someone making a tough decision to leave one great club and come to another great club and I think he had many options, so to get him means I am delighted,” Klopp told Liverpool’s website.

“He didn’t make an easy decision but I think he made a great one to go on this journey with this squad of talented boys and our great supporters. I welcome him to the Liverpool family.”

Jurgen Klopp: What excites me about new Liverpool signing