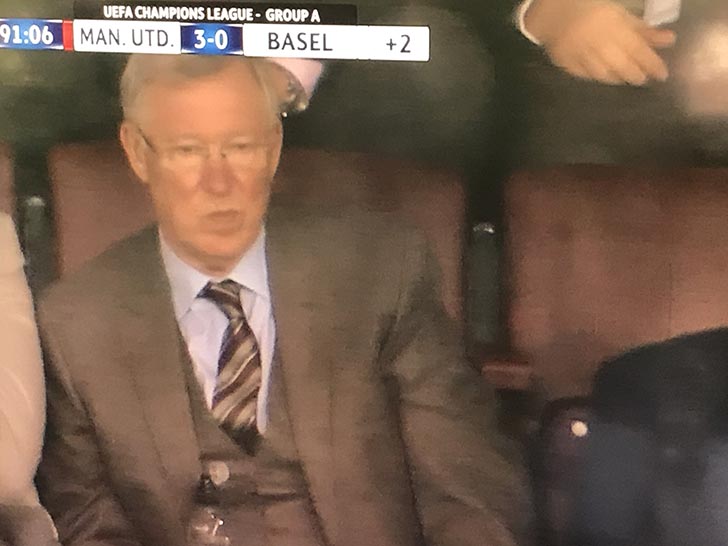 Sir Alex Ferguson was sat in the stands as Manchester United eased to a 3-0 win over Basel in their Champions League opener on Tuesday night.

The Red Devils made the perfect start to their European campaign with a comfortable victory over the Swiss champions at Old Trafford.

Paul Pogba was forced off in the first half with a hamstring injury and his replacement Marouane Fellaini broke the deadlock with a precise header.

Summer signing Romelu Lukaku scored his first Champions League goal with a close-range header of his own in the second half to put the hosts in control of the clash.

Anthony Martial impressed throughout the Old Trafford clash but Jose Mourinho opted to bring on Marcus Rashford with 20 minutes remaining.

And the England international got on the end of Fellaini’s deflected cross to score on his first appearance in Europe’s premier club competition.

Ferguson won the Champions League in 1999 and 2008 during a decorated career at Old Trafford before retiring in 2013.

And the Manchester United legend was sat in the stands in the photograph above alongside his former captain Bryan Robson at Old Trafford.

The Red Devils are sitting at the top of the Premier League table despite a 2-2 draw with Stoke City at the weekend.