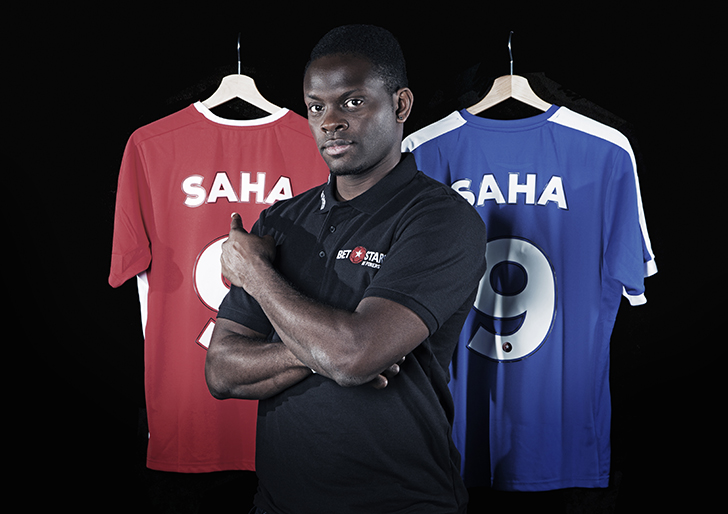 Louis Saha is backing Manchester United to ease to a 2-1 win against Everton at Old Trafford on Sunday afternoon.

The Red Devils have made an impressive start to the Premier League season following a run of three successive victories before last weekend’s 2-2 stalemate at Stoke City.

Manchester United warmed up for the visit of Everton with a 3-0 victory over Swiss outfit Basel in the Champions League at Old Trafford thanks to goals from Marouane Fellaini, Romelu Lukaku and Marcus Rashford.

Everton started the season in positive fashion with a 1-0 win against Stoke City before a 1-1 draw at Manchester City with former Manchester United striker Wayne Rooney getting both goals.

The Toffees lost to Premier League champions Chelsea before back-to-back 3-0 losses to top-six rivals Tottenham Hotspur and Serie A side Atalanta in the Europa League.

Former Everton and Manchester United striker Saha is backing the Red Devils to ease to a comfortable 2-1 win against the Toffees in the Premier League on Sunday.

“I will go for 2-1 United. Manchester United are title contenders,” Saha told BetStars.

“They look really strong and really composed. I really like the signing of Lukaku. I like United’s attack.”

Manchester United are looking to win the competition for the first time since Sir Alex Ferguson stood down as manager in 2013.

The Red Devils won the EFL Cup and the Europa League in their first season under Mourinho.

Louis Saha has made the Big Call with online betting site BetStars. He is backing Manchester United to beat Everton 2-1. #Callit at https://www.betstars.uk/sites/football/manutd-everton/

Paul Merson tells Chelsea to make this signing in January

Paul Merson tells Chelsea to make this signing in January