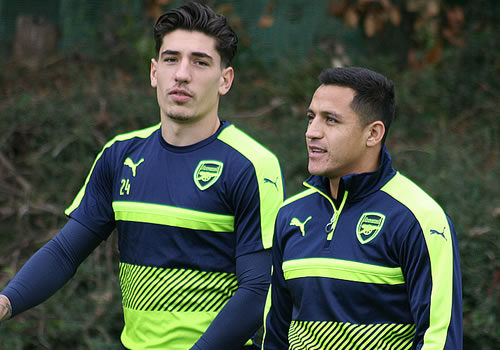 Gary Neville has insisted that Manchester United should always be challenging to sign the best players in the world after the recent reports linking the Red Devils with a bid to sign Alexis Sanchez from Arsenal.

There were reports in the British media earlier this week that Manchester United could be set to rival neighbours Manchester City with a bid to try and land Sanchez in the new year.

The 28-year-old Chile international was heavily linked with a move to The Etihad during the summer transfer window but a switch failed to materialise as he ended up staying at Arsenal, despite his contract being set to expire at the end of next season.

Former Manchester United defender Neville admitted that he had not heard much about the rumours, but suggested that the Red Devils should always be looking to strengthen their squad with world-class players.

Speaking on Sky Sports News, Neville said: “I’ve not seen the Alexis Sanchez news, so you have given me something I haven’t heard before.

“But, from that point of view, United, from a general perspective, should always be challenging for the best players in the world and bringing them in.”

Manchester United are currently preparing for their trip to St Mary’s to take on Southampton in the Premier League on Saturday afternoon.

Jose Mourinho’s men have made a fine start to the new season and are currently joint top of the table after having won four of their opening five games.