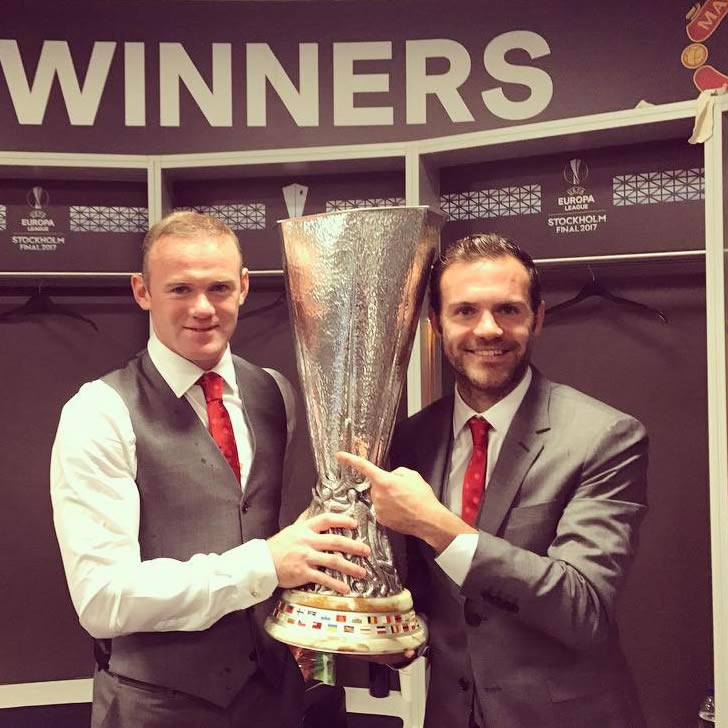 Juan Mata has urged Manchester United fans to give Wayne Rooney a warm welcome when Everton make the trip to Old Trafford next weekend.

The former England and Manchester United captain completed a move to his boyhood club from Old Trafford during the summer transfer window.

Rooney left the Red Devils as the club’s record goal-scorer after scoring 253 goals in 559 appearances during his decorated Manchester United career.

The 31-year-old won five Premier League titles, the Champions League, three League Cups, the Europa League and the FA Cup during his spell at the Red Devils.

Rooney has already made an impressive start to his Everton career following a return of two goals in four games in the Premier League so far.

Manchester United are sitting at the top of the Premier League thanks to three victories and one stalemate.

Mata is looking forward to seeing his former captain back at Old Trafford next weekend.

“We have to be focused because it would be very important to start with a win, even more considering that we have to play Everton, a tough opponent, on the weekend,” Mata wrote in his personal blog.

“They’ve just suffered a tough defeat against Tottenham, but they have made very good signings and, of course, they have a player like Wayne Rooney.

“I hope Old Trafford will welcome him as he deserves.

“It will be weird to see Wayne playing with a different shirt, to be honest, but this is the decision he made last summer and we wish him the best of luck.”

Manchester United are level on points with their derby rivals Manchester City at the top of the Premier League table.