Considering what Rafael Nadal went through last year—withdrawal from the third round at Roland Garros with a severe wrist injury, and then closing down his season early—many wondered just how much of a sustained impact he would be able to make when he returned in 2017.

He has answered that question with gusto—and then some.

Remember this. The man who turned 30 at last year’s French Open, had missed many stretches of competition because of injury throughout his career, though largely with knee problems. Yet he had already notched up 14 Majors and 28 Masters, plus Olympic gold and Davis Cup victories.

By the start of this year, the man who had enjoyed No1 status in three separate stints amounting to 141 weeks was down to No9 and thus not even seeded to reach to the quarters. Yet he and fellow returner Roger Federer swept all before them to reach the final.

By the time he had won a 10th Roland Garros, Barcelona, Monte Carlo and Madrid, plus reaching finals in Miami and Acapulco, he was making another tilt at No1. And as soon as Federer, the other contender for No1, pulled out of Cincinnati, the top spot was guaranteed.

Thus one year on, Nadal was top seed at the US Open, and he disposed of his only seed on the way to the final, No24 Juan Martin del Potro, in such devastating, attacking style that he looked destined to win his third title in New York.

Yes, such had been the unexpected unfolding of the draw that Federer, who looked destined to contest the No1 ranking with his great rival Nadal in the semis, was beaten for the second time in New York by 2009 del Potro. But the big Argentine’s efforts in doing so, on the back of a valiant five-set win over Dominic Thiem, had taken a toll.

Meanwhile, Nadal had not faced a man in the top 50 by the time he faced del Potro.

And the Spaniard, assured of the No1 ranking for a while yet, would still not face a top-20 player in the final, for the bottom half of the draw had unfolded in a still more unexpected way.

With the late withdrawal of No2 seed Andy Murray, No5 Marin Cilic was moved into the bottom slot. But by the fourth round, Cilic, along with No4 Alexander Zverev, No8 Jo-Wilfried Tsonga, No10 John Isner, No13 Jack Sock and many other seeds were gone, leaving a teenage qualifier, Denis Shapovalov, unseeded Paolo Lorenzi, and a slew of fellow players who had never made a Major quarter-final before.

The last man standing, No28 seed Kevin Anderson, had never made a Major semi let alone a final: Now he would stand full-square against hot favourite Nadal.

Yet the 6ft 8in Anderson had a story almost as uplifting as Nadal’s. After missing Brisbane and the Australian Open, the former top-10 player dropped to No80, his lowest in almost seven years. He explained, after his jubilant celebration at reaching such an impressive new milestone on Friday:

“Last year was quite tricky for me. A lot of stopping and starting… constantly nagging injuries and constantly not allowing me to play…Towards the end of the year, my hip really played up, and that was probably the most severe injury. Seemed like surgery was maybe on the table. Fortunate to have escaped that whole thing. It was tough not being able to go down to Australia beginning of the year.

“But I feel like in the last while, definitely things have turned around. I think it started on the clay court, getting more matches under my belt. I just feel like I have been constantly taking steps in the right direction.”

He reached his first final in two years in Washington and the quarters in Montreal. He had also got through the in-form No17 seed Sam Querrey and No12 seed Pablo Carreno Busta, as well as dangerous unseeded men such as Borna Coric and Ernests Gublis. But… he had lost all four previous matches to Nadal, had in fact won only one set against him.

And once again, it would be like climbing mountain almost from the first point for Anderson. The South African faced deuce in the opening game, and come the third, it took 10 minutes, six deuces and holding off two break points to stay alive.

The fifth game was just as tough: five deuces, two more break points, a hold for 3-2, and already 35 minutes on the clock. Anderson was working hard but getting little traction, forced to hit long or wide from the back of the court. Meanwhile, Nadal held serve with ease as his spin, angle and variety wreaked havoc.

Almost inevitably, come the seventh game, Anderson faced break point again, as he sprayed errors from the front of the court in an effort to change the rhythm of the match. A forehand wide, and Nadal had the break.

Nadal held for 5-3 having dropped only four points on his own serve. The Spaniard looked like a coiled spring, crouched close to the backboard of the court, but it seemed to matter not what Anderson did. All at once, Nadal had ghosted to the net and broken for the set, 6-3.

The second set saw Nadal up his level, boosted by his lead, and confident that he had his man on the run, which he did. Anderson was not making enough inroads with his biggest weapon, his serve: He dropped to just 36 percent for first deliveries in play in this set, so after a couple of relatively straightforward holds, Nadal was all over him, smashing a ball away at the net for a break and 4-2.

Nadal could now afford to play more freely. He served with great variety, came to the net—would have 12/12 there after two sets—and served it out with a love hold, 6-3.

That one had taken just half an hour, and his explosive play continued into the third, with a break and hold for 2-0. Anderson worked his socks off, pounding from right to left, trying the occasional volley, but his net-work was a losing play: 13/29 by the middle of the third set.

Anderson kept up the effort impressively, but Nadal held to love for 5-3, and then got taken to his first and only deuce in the match. No sweat: He threw in his only serve and volley winner to convert his second match point, after 2hrs 27mins, 6-4.

These two men have known one another since childhood, were born just a fortnight apart, and that was reflected in the emotional speech by Anderson.

“I’d like to congratulate Rafa. I know we’re same age but you’ve been my idol, I’ve watched you my whole life. whole life. You are one of the greatest ambassadors of our sport.”

“It’s been an amazing two weeks for me… And to my parents back home, who introduced me to tennis, I’ll keep fighting like you always taught me.”

But considering what Nadal went through last year…. well, the 16-time Major champion summed it up:

“It’s just unbelievable what happened this year. After a couple of years with some troubles, injuries, sometimes playing not good, the beginning of the season has been very, very emotional.”

So the 2017 Major season ends in the remarkable position of splitting the four titles between the old adversaries who looked down and out at the end of 2016: Federer won in Australia and Wimbledon, Nadal in France and New York.

They are—once again—Nos 1 and 2 in the rankings and, in the absence of Novak Djokovic, Stan Wawrinka, Kei Nishikori and perhaps Andy Murray at the World Tour Finals, perhaps they will take part in one more battle royal for the end-of-year No1.

But Anderson, if he can stay fit and injury free, must also be in with a chance of another big milestone: a place among those elite eight for the first time. He is up to 15 with this US run and at No11 in the Race—with two men above him definitely out of contention.

He has impressed many this fortnight, for his dedication and perseverance, but also for how he always handles himself both on and off court. A place in London would be a just reward. 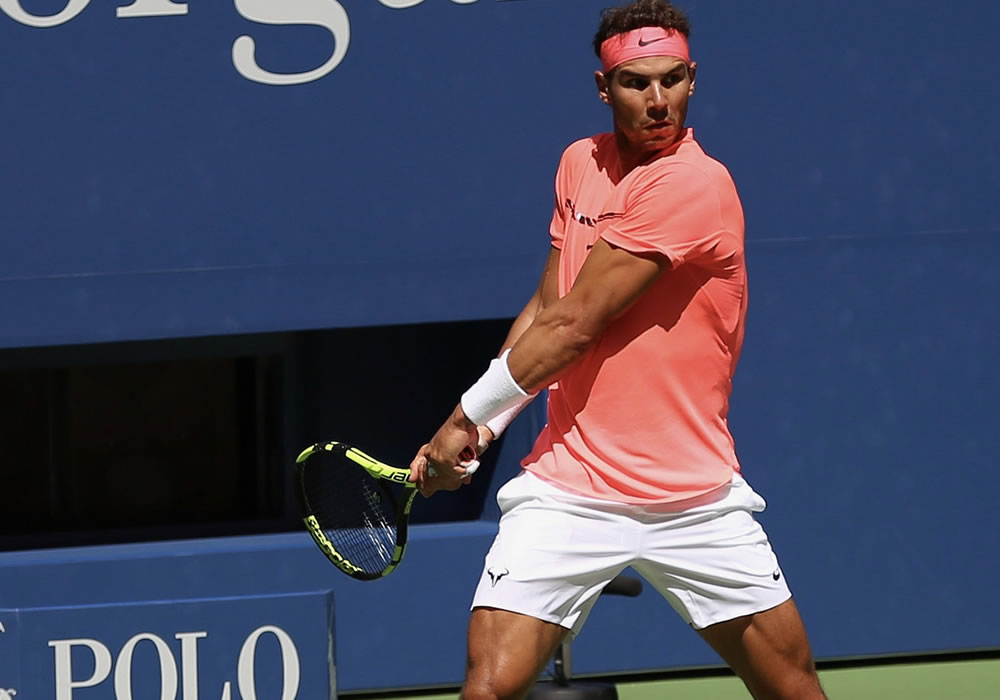