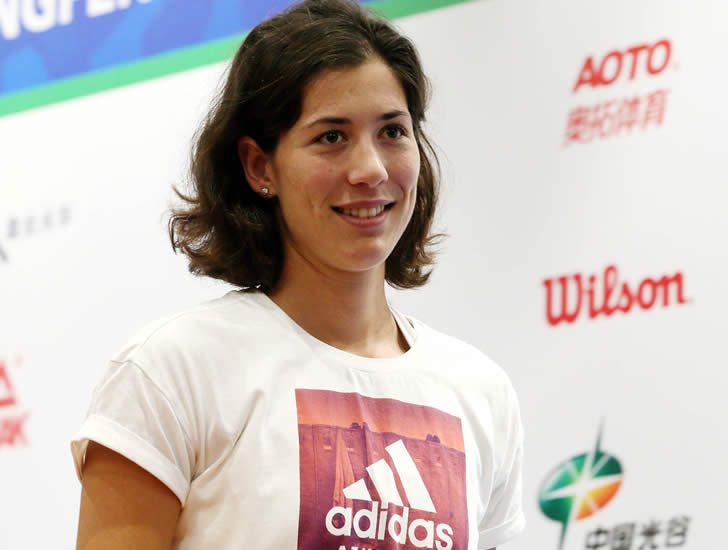 This week, a stunning field has lined up in Wuhan, on the banks of the mighty Yangtze River, for one of the key tournaments of the Asian swing for the best women in tennis.

And as has been the case for many months this year, a select core of players is on the hunt not just for a place among the top eight at the prestigious WTA Finals in Singapore but for the No1 ranking itself.

No wonder just three of the top 20 is missing, though two of those have now, in any case, sealed their places in Singapore: world No3 Elina Svitolina and No5 Venus Williams. With the biggest remaining tournament of the season—aside from Singapore—taking off at the Premier Mandatory in Beijing next week, points and time are closing in on opportunities for the chasing pack.

In Wuhan, for example, hopefuls in the Race, Caroline Wozniacki, Johanna Konta, Kristina Mladenovic, Svetlana Kuznetsova and Sloane Stephens all lost in their opening matches.

First, who makes the cut for Singapore?

World No2 Simona Halep confirmed her place for the fourth consecutive year despite losing her first match in Wuhan to Daria Kasatkina. The Romanian reached the final on her debut in 2014, defeating then-World No1 Serena Williams in the group stage before falling to the American in the title match. This year, she won the big Madrid Open and reached her second Major final at Roland Garros.

Karolina Pliskova, who rose to No1 after Wimbledon but now stands at No4, has confirmed her place in Singapore for the second time. The 25-year-old has won three WTA titles in Brisbane, Doha and Eastbourne.

Svitolina, in a break-through season, will make her debut in Singapore having won a tour-leading five singles titles this season, including the Taiwan Open, Dubai, Istanbul, Rome and Toronto. The 23-year-old also reached her second Major quarter-final at Roland Garros.

And in a resurgent year, 37-year-old Williams, finalist at both Wimbledon and the Australian Open, qualifies for the fifth time: She won the Championships in 2008. This year, after making the semis of the US Open, she returned to the top five for the first time since January 2011.

That, then, makes five definites for Singapore, as world No1 Garbine Muguruza confirmed her place in Singapore before the switch to Asia, and has subsequently made the semis in Tokyo and, thus far, the quarters in Wuhan.

Making the strongest case for at least two of the remaining places are Wozniacki, fifth in the Race and champion in Tokyo last week, plus 20-year-old Jelena Ostapenko, who won in Seoul last week and takes on Muguruza in the quarters in Wuhan.

And what about No1?

Muguruza entered Wuhan know that, once again, Halep and Pliskova could contest the No1 ranking. However, Halep’s hopes evaporated, once again, when she lost her opener—she needed at least to make the final.

Pliskova could regain the top spot she took in July if she wins the Wuhan title, though she also needs Muguruza to lose before the semis, and the Spaniard will play French Open champion Ostapenko in the quarters to do just that.

But then Beijing next week is worth 1,000 points to the champion in a 64-woman draw, and players can squeeze in two further tournaments before Singapore: an International in either Linz, Hong Kong or Tianjin, plus the Luxembourg International or the Moscow Premier. And Kuznetsova’s memorable title run at the latter last year saw her seal the eighth and last place in Singapore with a day to spare.

Eleven players ranked from nine to 19 plus one wildcard who have not qualified for the WTA Finals have the chance to qualify for the Elite Trophy and a purse of $2.28 million in the week after Singapore.

Among those in contention, aside from women still hoping to qualify for Singapore, are: