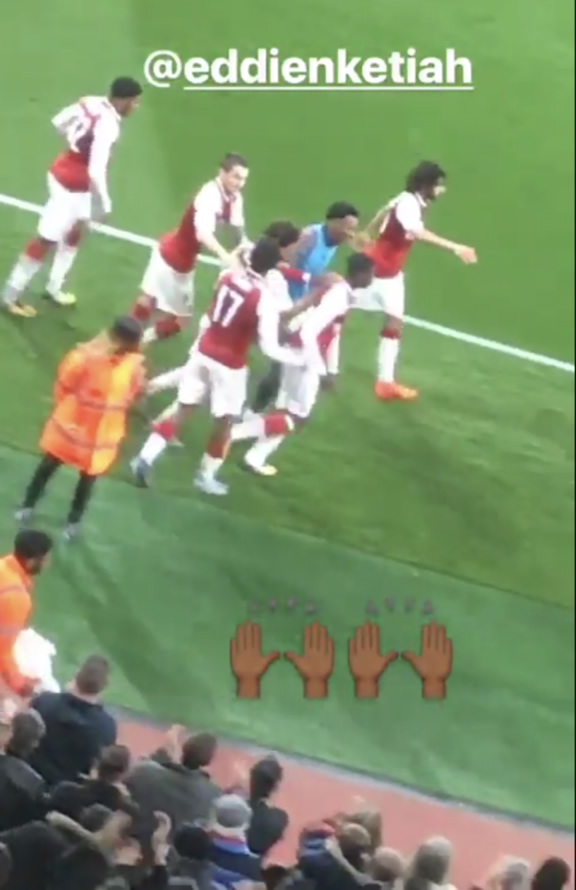 Alexandre Lacazette hailed Eddie Nketiah’s performance after the Arsenal youngster helped the Gunners come from behind to beat Norwich 2-1 in the League Cup fourth round on Tuesday night.

Arsenal fell behind at the Emirates in the 34th minute when Josh Murphy opened the scoring for the visitors with a shot from outside the box into the bottom corner.

Norwich looked as if they were on course to cause an upset in north London, but Nketiah netted from close range in the 85th minute to force the game into extra time.

And the 18-year-old added his second of the night when he netted a head from close range in the first half of extra-time.

Lacazette was in the stands at The Emirates as the summer signing enjoyed a well-earned rest from first team action.

And the France international was clearly impressed with what he saw from Nketiah, as he posted the picture above on his personal Instagram story from The Emirates.

Lacazette will be expecting to return to first team action for Arsenal when the Gunners take on Swansea City this weekend at home.