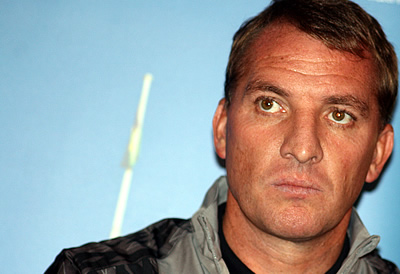 Celtic fans will be treated to hosting one of European football’s top teams for the second time this season, as German giants Bayern Munich are the visitors to Parkhead on Tuesday night.

The Bhoys have acquitted themselves relatively well in the Champions League over the last number of seasons, but Brendan Rodgers’ men have been drawn in a very tough Group B this time round.

Having both Bayern and Paris Saint-Germain in the same group was always going to be a big ask for Celtic, with the two European favourites already showing their superiority so far against the Hoops.

A 5-0 defeat to the French side at Parkhead and a 3-0 loss to the Germans last time out has left the Scottish champions in the lurch, with victory over the Bavarians now needed for Rodgers’ side to stand a chance of progression.

A review of 10Bet shows the Celtic are outsiders to win even though they are at home, with long odds of 9/1 for the Scottish outfit to triumph.

The Hoops’ chances of winning will be made all the more difficult after Patrick Roberts has been ruled out due to a hamstring injury picked up in the 1-1 draw against Kilmarnock on Saturday.

Olivier Ntcham is also a doubt after twisting his ankle, but Bayern have a key man also missing as Robert Lewandowski will not shake off a knock in time to play.

In the Poland international’s absence, much will depend on Arjen Robben, who has shown his calibre for club and country over a number of years.

The bookmakers fancy the Dutch winger’s chances of netting at Parkhead, with short odds of 6/5 for the veteran attacker to score at anytime.

Celtic have had problems containing top-class attackers in Europe this season and Rodgers’ men will need to shore up their defence if they are to stand a chance of victory.

The Bhoys have injury concerns at centre-half and as such a steadfast effort will be needed to prevent Bayern from hitting the back of the net – the bookies do not fancy the hosts’ chances, with odds of 13/2 on the Scots keeping a clean sheet.

PSG set the high standard of scoring five against Celtic in Scotland and the same again would be demoralising for the Parkhead team and fans.

However, the bookmakers are not ruling this out, with odds of 28/1 for a 5-0 away victory considerably lower that usual with such a high score.

Celtic will hope for a memorable European night at Parkhead but containing a Bayern team full of world-beaters will be a massive task for the Hoops.