Photo: Hazard poses with Bakayoko after Chelsea’s 2-1 win over Everton 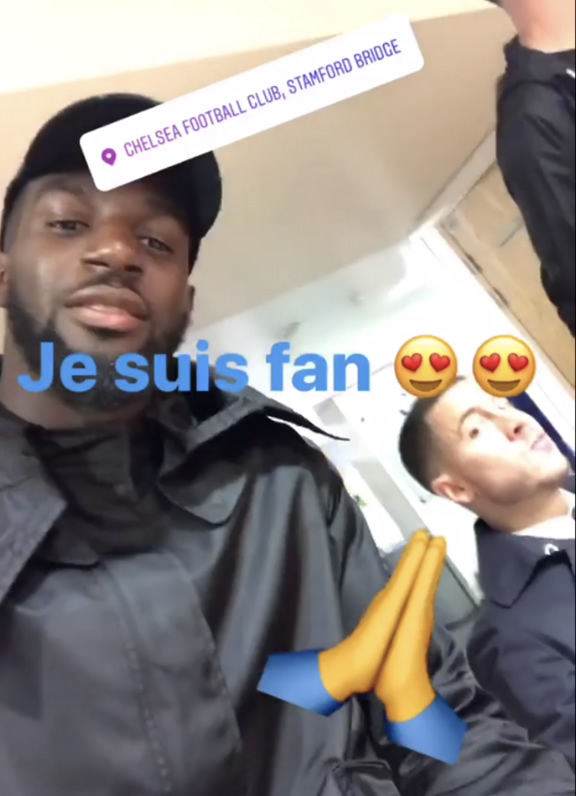 Both Eden Hazard and Tiemoue Bakayoko looked to be in good spirits as Chelsea booked their place in the quarter-finals of the League Cup with a 2-1 victory over Everton on Wednesday night.

The pair were not involved during the game as they were given a well-earned rest by Antonio Conte.

However, they were both out in force as they cheered on their team-mates during the clash at Stamford Bridge.

Goals from Antonio Rudiger and Willian secured the victory for Conte’s side as they reached the last eight of the cup competition.

Bakayoko shared the picture above of Hazard and himself on his personal Instagram story after the cup victory.

Both Bakayoko and Hazard will be expecting to return to the line-up for Chelsea when the Blues take on Bournemouth in the Premier League on Saturday night.

The Blues are aiming to make it back to back wins in the top flight after they were 4-2 winners over Watford last weekend.

Chelsea are currently fourth in the Premier League table and nine points behind leaders Manchester City after nine games of the new campaign.

The west London side have won the title in two of the last three Premier League seasons, but they did not have the distraction of European football last term under Conte.

Emile Heskey predicts where Liverpool FC will finish this season