Photo: Alvaro Morata shows Chelsea fans what he’s up to ahead of Crystal Palace trip 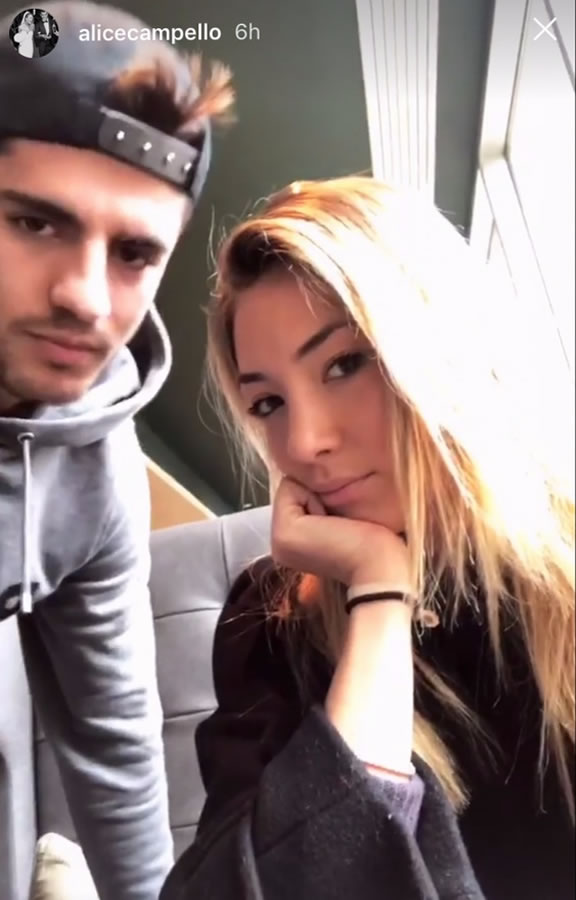 Alvaro Morata enjoyed some personal downtime with his wife Alice Campello on Wednesday morning as the Chelsea striker continues to work on his fitness levels.

Morata suffered a hamstring injury during the first half of Chelsea’s 1-0 defeat by Manchester City and he has been working on his fitness levels at the Blues’ Cobham training base in recent days.

It remains to be seen how long Morata will be out of action for and the extent of his injury has not yet been confirmed by Chelsea.

However, Morata certainly looked like he was being kept in good spirits as he enjoyed a morning coffee with his wife on Wednesday morning.

Morata’s partner posted a video (pictured above) on her personal Instagram story as the pair shared a tender moment together.

Chelsea fans will be hoping to see Morata back in action for Chelsea as quickly as possible following his strong start to life at Stamford Bridge following his move from Real Madrid back in July.

Morata has scored six goals and made two assists in seven Premier League games for the Blues so far this season since his move.

Chelsea head into their clash with Crystal Palace on Saturday in fourth place in the Premier League and six points behind leaders Manchester City.

Gary Neville: This is what will happen when Liverpool FC play Man United