Photo: Alvaro Morata relaxes at home with his wife ahead of Chelsea v Everton 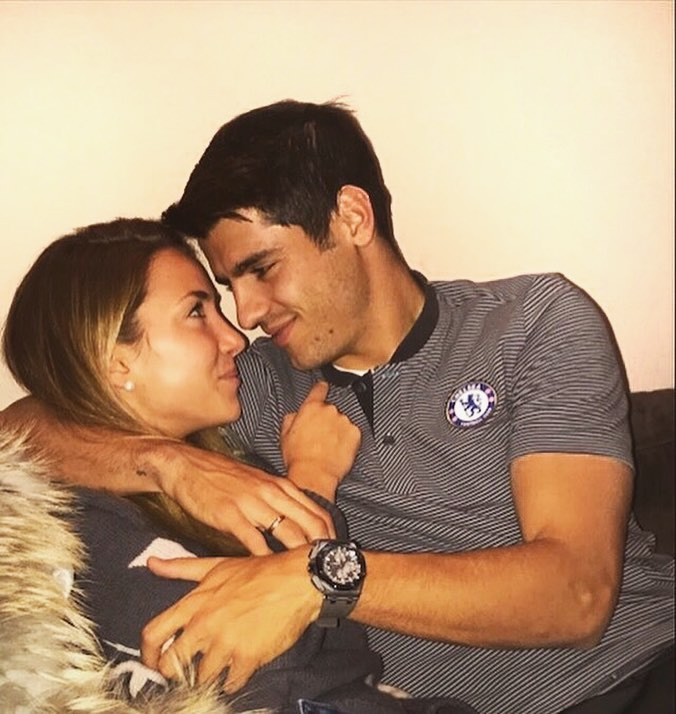 Alvaro Morata looked to be in a relaxed mood as he spent some quality downtime with his wife Alice Campello ahead of Chelsea’s League Cup clash with Everton on Wednesday night.

The Spanish striker has been getting used to life at Stamford Bridge following his transfer to the west London club from Real Madrid in the summer window.

Morata joined Chelsea back in July and has made a fine start to life at the club, scoring six goals and making two assists in eight Premier League appearances so far this season.

The striker married his long-term girlfriend in Venice in the summer and the couple are now getting used to life together in London following Morata’s switch.

And Morata was the subject of a special message from his partner on Monday after he celebrated his 25th birthday.

Campello posted the picture above on her personal Instagram account and wrote the caption: “My love, you can never understand how proud I am to live every day of my life with you. You’re my family, my past, my present and my future. Happy birthday to the best husband in the world ❤️❤️❤️❤️ 🎉🎉🎉🎉#myhusbandisthebest #HB”

It remains to be seen whether Antonio Conte will opt to play Morata from the start when the Blues take on Everton in the fourth round of the League Cup on Wednesday night.

Chelsea head into the game fresh from their 4-2 victory over Watford at Stamford Bridge in the Premier League last weekend.