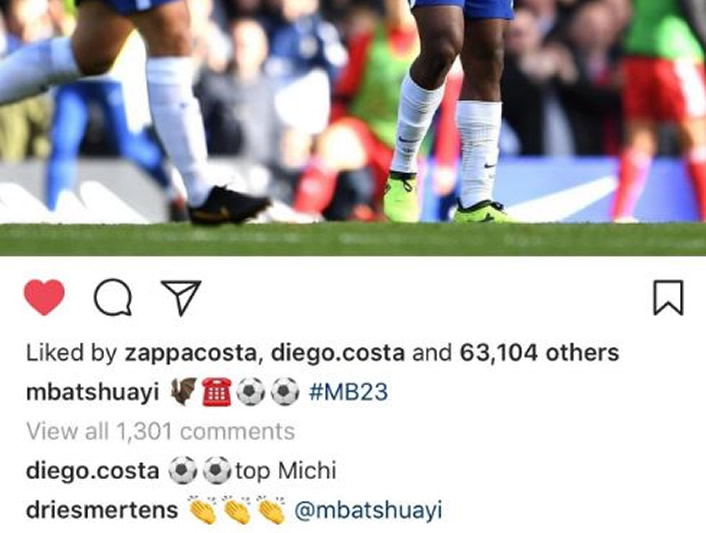 Diego Costa took to social media to praise Michy Batshuayi after the striker inspired Chelsea to a thrilling 4-2 victory over Watford in the Premier League on Saturday.

The Belgian striker came off the bench to score twice and help Antonio Conte’s men come from behind to land an important Premier League victory in west London.

Batshuayi has been struggling to hold down a regular spot in the first team at Stamford Bridge in recent weeks and has only started two games in the Premier League this term.

The forward spent most of last season firmly behind Costa in the pecking order at Stamford Bridge but he now may get more of a chance in the first team following the Brazilian-born forward’s move to Atletico Madrid last month.

And Costa was clearly impressed by Batshuayi’s contribution on Saturday, as he posted a comment on the striker’s Instagram account, writing: “Top Michi”, as can be seen in the screenshot above.

Batshuayi will be hoping to hold down a more regular spot in the first team for Chelsea in the coming weeks and months as he bids to help the Blues try and defend their title.

The west London side return to Premier League action next weekend with a trip to Bournemouth on Saturday evening.