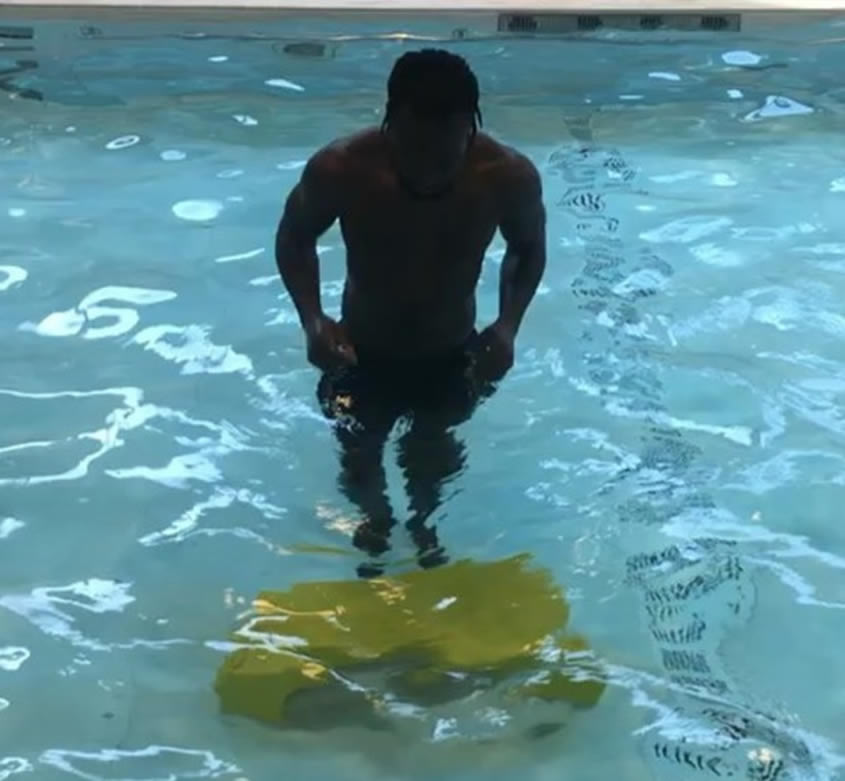 Victor Moses has taken to social media to reveal that he will “soon” be back in action for Chelsea as he continues to recover from injury ahead of this weekend’s showdown with Manchester United.

The Nigeria international has been sidelined with a hamstring injury in recent weeks and has not featured for the Blues since their 2-1 loss to Crystal Palace earlier this month.

Antonio Conte has not yet confirmed how long Moses will be out for but the wing-back has been working on his fitness levels at Chelsea’s Cobham training base in recent days.

Chelsea are preparing to host Manchester United in the Premier League at Stamford Bridge on Sunday afternoon.

And although Moses is not expected to be ready for that game, the 26-year-old has now taken to social media update fans about his recovery as he looks to get back playing for the Blues as quickly as possible.

Moses posted a video of himself working on his rehabilitation in a swimming pool at Cobham on Instagram and wrote the caption: “Putting the work in will be back soon! #roadtorecovery.”

Before Chelsea’s clash with Manchester United, the Blues return to Champions League action on Tuesday night with a trip to Italy to take on Roma.