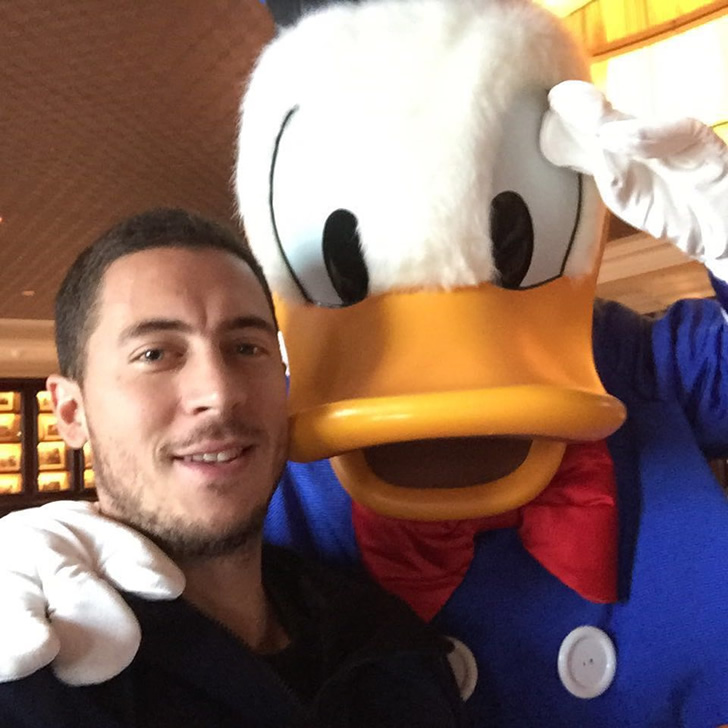 Eden Hazard has taken to social media to reveal a new friendship ahead of Chelsea’s clash with Bournemouth in the Premier League on Saturday afternoon.

The Belgian playmaker was given a rest in midweek by manager Antonio Conte as he sat out Chelsea’s 2-1 victory over Everton in the League Cup on Wednesday night at Stamford Bridge.

Hazard, however, will be hoping to be back involved for the Blues when they travel to Bournemouth to take on Eddie Howe’s side on Saturday evening in the Premier League.

The 26-year-old has been working his way back to full fitness for the Blues after struggling with a serious ankle injury during the summer months.

And Hazard seemed to be in high spirits ahead of the game as he posed for a picture with Donald Duck ahead of Chelsea’s trip to Bournemouth.

Hazard shared the picture above on his personal Instagram account and wrote the caption: “I got to meet a new friend this week, wonder who his favourite team is?! ⚽️ #disneylandparis25 #blue #cfc.”

Chelsea head into the game fresh from their impressive 4-2 victory over Watford last weekend.

That result left them in fourth place in the Premier League table and nine points behind Manchester City in the race for the title this season.

Hazard helped Chelsea to win the title for the second time in three seasons last term.