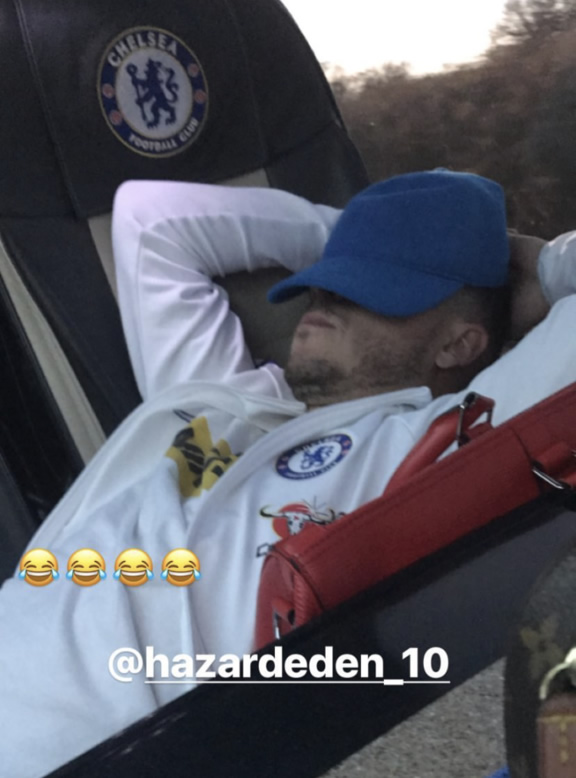 Eden Hazard was caught catching up on some sleep as Chelsea headed down to Bournemouth for their Premier League clash against the Cherries.

The Belgian playmaker has been working his way back to full fitness for the west London side after struggling with an ankle injury at the start of the campaign.

Hazard picked up the problem while on international duty with Belgium at the start of the summer and he has been gradually reintegrated into first team affairs at Stamford Bridge.

The 26-year-old will be hoping to help Chelsea defend their Premier League title this season after the Blues won the trophy in Antonio Conte’s first campaign in charge last term.

However, it’s clear that the Belgium international has been working hard on his fitness levels as he was caught napping on the team bus as Chelsea headed down to Bournemouth on Friday afternoon.

Striker Michy Batshuayi posted the picture above on his personal Instagram story.

Chelsea return to Champions League action on Tuesday night when they take on Roma in Italy.

The two sides drew 3-3 in a thrilling game when they last locked horns earlier this month at Stamford Bridge.