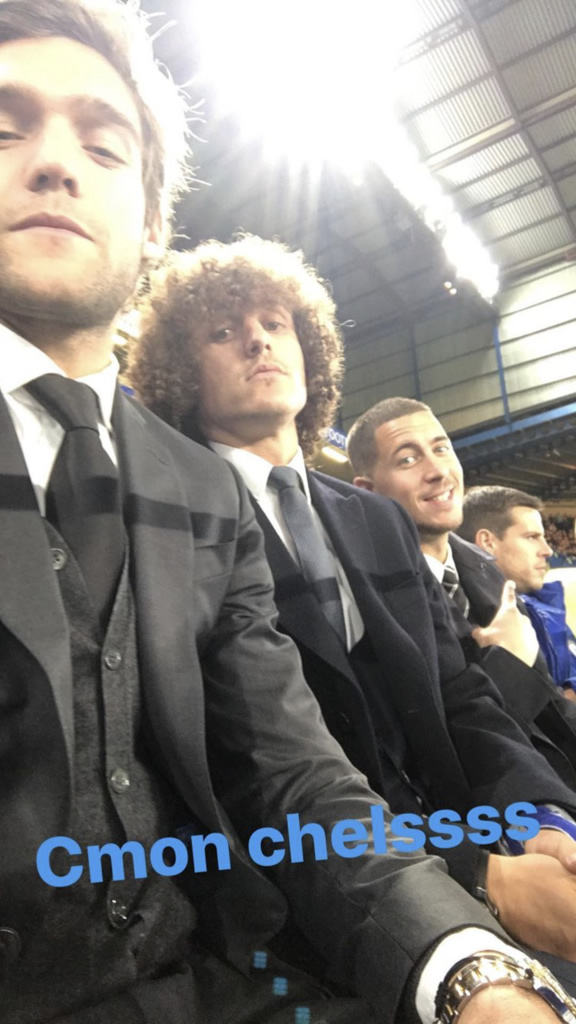 Eden Hazard was all smiles as he cheered his Chelsea team-mates on from the stands during their League Cup clash with Everton on Wednesday night.

The Belgian playmaker was rested by manager Antonio Conte, but he was still there to watch his team-mates in action along with Cesar Azpilicueta, David Luiz and Marcos Alonso.

Hazard has been working his way back to full fitness for the Blues after having to undergo ankle surgery back in the summer.

The 26-year-old looks like he’s rediscovering his best form for the west London club and he will be hoping to help Chelsea challenge for both the Champions League and Premier League this season.

And he looked to be in good spirits as he posed for a snap in the stands at Stamford Bridge with his team-mates.

Alonso posted the picture above on his personal Instagram story and wrote the caption: “Come on Chelsea.”

The Chelsea quartet will be hoping to be back in action for the Blues when Conte’s men return to Premier League affairs with a trip to Bournemouth on Saturday afternoon.