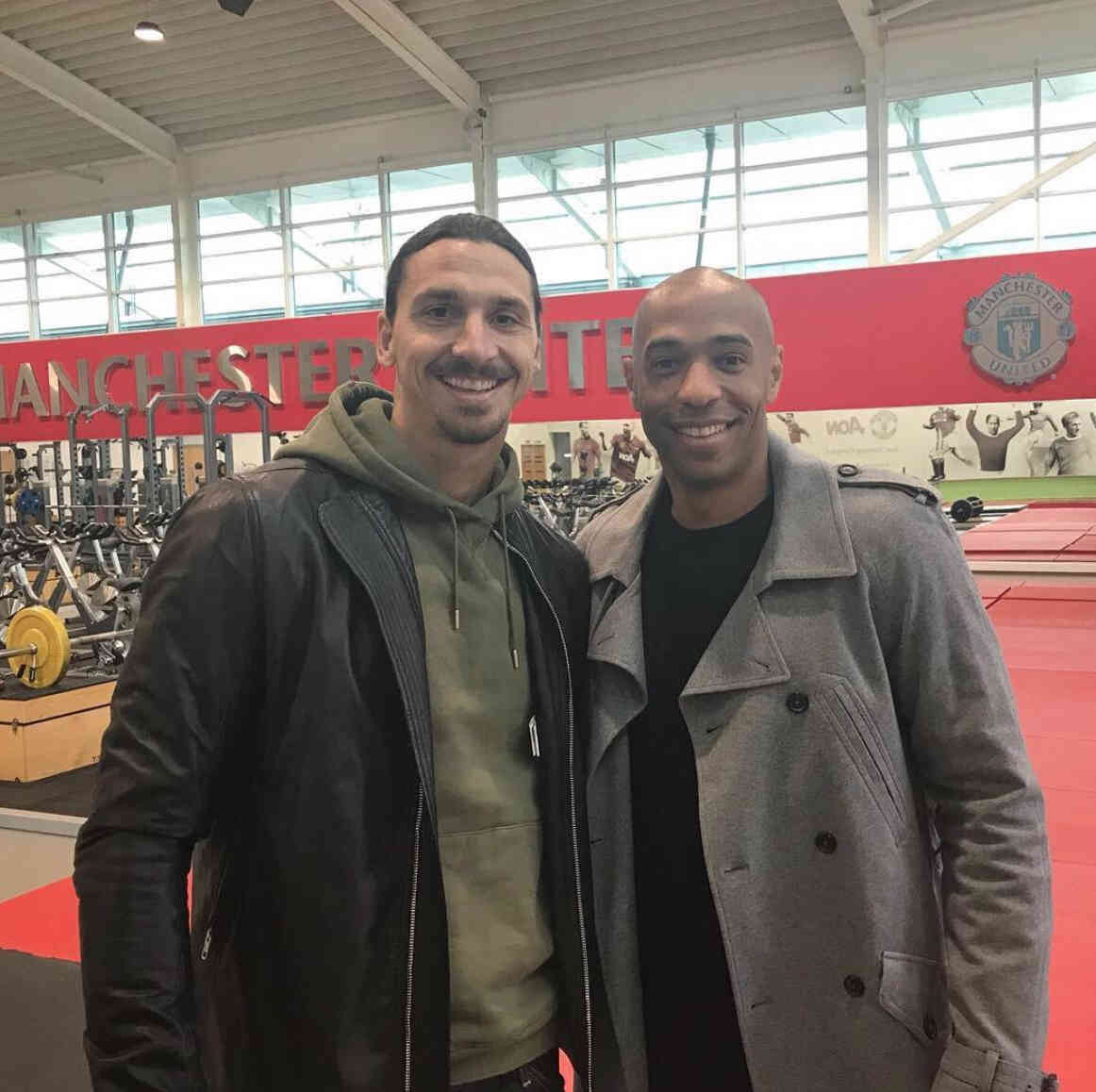 Zlatan Ibrahimovic was all smiles with another legendary goal-scorer Thierry Henry on social media ahead of Manchester United’s clash against Tottenham Hotspur on Saturday.

The former Sweden international is still working on his return from a knee problem after re-signing with Manchester United in August for another campaign.

Ibrahimovic scored 28 goals in all competitions during his first season at Old Trafford before the 35-year-old succumbed to a season-ending knee injury in the Europa League back in April.

The veteran striker is facing competition for a first-team spot following the £75m signing of Romelu Lukaku from Premier League rivals Everton.

Ibrahimovic was team-mates with Henry during his brief spell at Barcelona before the towering striker returned to Serie A after a fallout with Pep Guardiola.

The Manchester United striker was delighted to catch up with his old friend at Carrington training ground for an interview ahead of this weekend’s clash against Spurs.

Henry wrote on his Instagram page: “Great day with @iamzlatanibrahimovic today. What a player but what a man! See the interview on SkySportsPL from 11.30am on Saturday”

Manchester United were 1-0 winners against Tottenham in Saturday’s early kick-off thanks to Anthony Martial’s second-half winner.