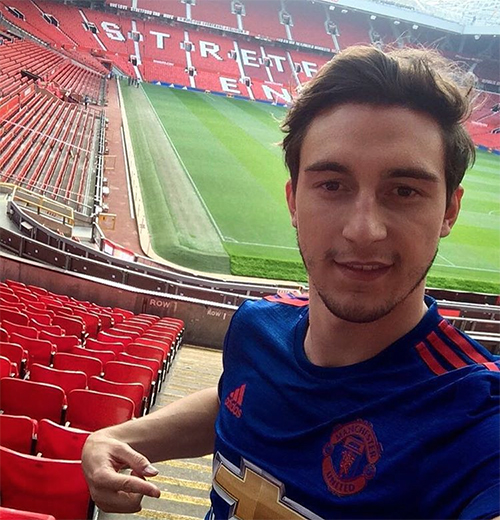 Matteo Darmian has insisted that he doesn’t regret moving to Manchester United despite struggling to tie down a regular starting spot.

Darmian scored one goal in 39 appearances in all competitions in the 2015-16 season as the Italian defender won the FA Cup title at Wembley.

The Manchester United boss used Darmian more sparingly to prompt talk of a potential return to Serie A in the summer transfer window.

The versatile defender remained at the Premier League’s most-successful club despite being linked with a move to Serie A champions Juventus.

Darmian’s only Premier League appearance came in a 2-2 draw with Stoke City as the Italian started at left-back at the bet365 Stadium.

Mourinho has given Darmian game time in the League Cup and the Europa League but it seems pretty clear that the ex Torino star isn’t first-choice at Old Trafford.

However, Darmian has no regrets about moving to Manchester United as the full-back continues to be linked with a return to Serie A.

“I don’t regret the decision I took,” Darmian told a news conference while on international duty with Italy.

“I would make the same decision over and over again. Obviously like every footballer I would like to be playing as much as possible, but I am working hard, putting in the effort and trying to make the manager’s decisions difficult, and I’ll continue to do that.

“I won’t deny that I always watch Italian football and I don’t know what will happen in the future. If there is an opportunity to return, then I’ll make the necessary evaluations.”