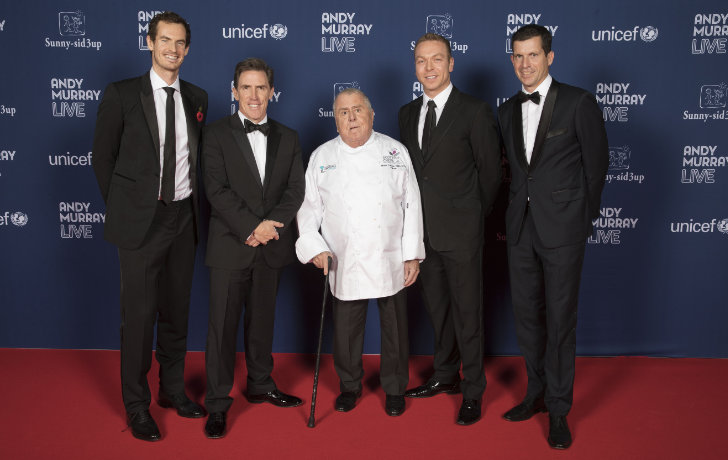 The 10,000-seater arena at Glasgow’s SSE Hydro was last night transformed into an elegant venue for the inaugural black-tie Andy Murray Live Charity Fundraising Dinner, held in aid of Unicef and Sunny-sid3up.

The dinner was held against the backdrop of the Andy Murray Live show court, and the hospitality was provided by famous chef Albert Roux. Then Will Young provided the live entertainment, with actor and comedian Rob Brydon acting as MC.

Joining Murray for the evening was Sir Chris Hoy, as well as mother Judy, brother Jamie, and Tim Henman and Mansour Bahrami—who will take part in Tuesday’s special exhibition matches at the SSE Hydro. 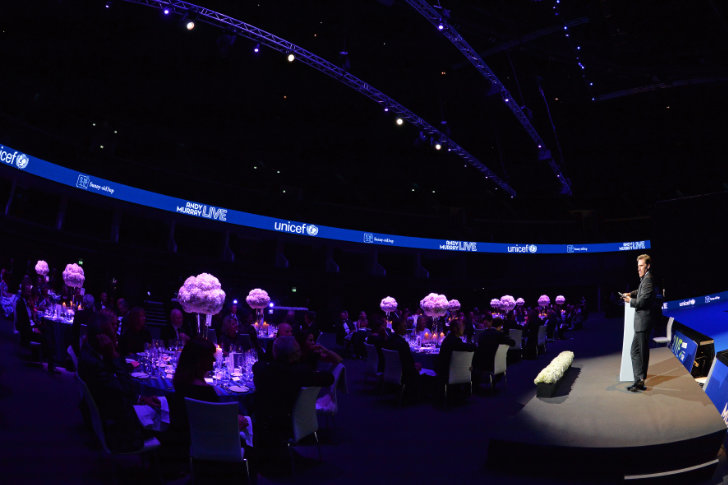 Rob Brydon, the host for the night. Photo: Andy Murray

Andy Murray Live, the second such fundraising event instigated by the Grand Slam champion and Olympic gold medallist, will see Murray battling it out against Roger Federer in singles and then joining forces with Jamie against Henman and Bahrami in the doubles, all in aid of the two charities.

Those not able to make this evening’s sell-out event in person will be able to follow all the action live on Eurosport or via the live stream on Murray’s Facebook page.

Last year’s Andy Murray Live raised over £300,000 for charity and this year the aim is to raise even more. It is possible to support the charity initiative by visiting the charity page at www.andymurraylive.com