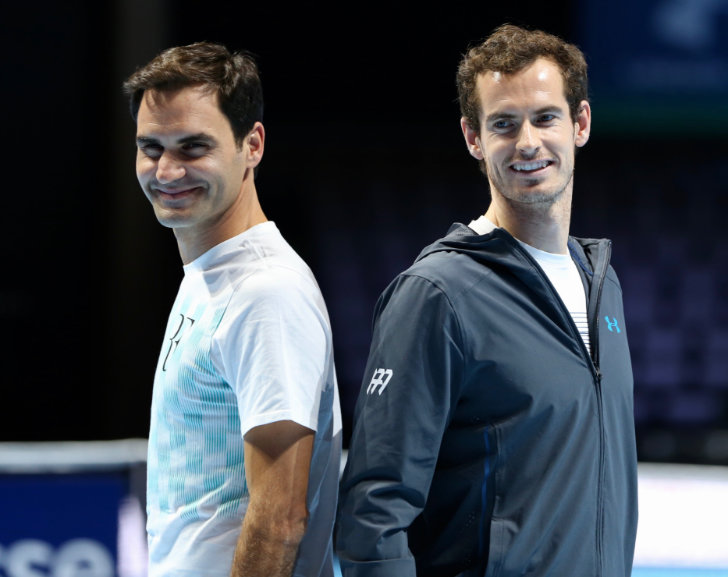 It all began just over a year ago, with the launch of Andy Murray Live in Glasgow’s SSE Hydro Arena.

The winner of two Majors and two Olympic gold medals, who had given time and energy to charities and organisations for many years, wanted to create a legacy tennis event in his home country. The result was a sell-out triumph that raised £305,000 for Unicef—of which he is a long-standing UK Ambassador—and local charity, Young People’s Futures.

Fast forward to April this year, and Murray took up the offer of Roger Federer to play in Zurich for the Swiss man’s Foundation.

It had all been set up the year before: With the tennis schedule packed for 11 months of the year, and these two man among the elite who go deep at every tournament, such is the lead-time to plan such extra-curricular events.

Federer’s opponents for his previous two Match for Africa ventures had been Rafael Nadal and Stan Wawrinka, but his third was cancelled after Federer pulled the plug on the entire his entire post-Wimbledon season in 2016 following knee surgery.

But Murray proved to be a prescient choice by the time they exchanged hits on a mid-estuary raft in Zurich. the Briton had surged through the latter half of 2016 to claim the No1 ranking along with his first World Tour Finals title in London.

What neither man could predict was that, by the time Federer returned the compliment to Murray by making his first ever venture onto Scottish soil, the Swiss would have risen from No17 to No2, would have won more titles in 2017 than anyone else, including two Majors and three Masters—and that it was now Murray who had slid to No16 when he too pulled the plug after Wimbledon.

Was the second playing of Andy Murray Live in the balance, then, as the Briton worked away from court on rehabbing a hip injury? Not a bit of it.

Within hours of announcing that Federer would headline this year’s event, the 10,800 tickets had sold out, and with extra fund-raising events lined up—a big auction, a celebrity dinner, plus a list of big-time sponsors—Murray is now lined up to raise even more for Unicef and Sunny-sid3up than he raised last year.

And like Federer, Murray has been a campaigner for many causes since his early days on the tour. He organised charity matches in aid of the Royal Marsden after friend Ross Hutchins was diagnosed with Hodgkin’s lymphoma and Elena Baltacha died of liver cancer. He also supports Malaria No More, the World Wildlife Fund and the Royal British Legion’s Poppy Appeal, among others.

So these two, despite having very different personalities and styles of play, have plenty in common away from the court.

However, it was clear in Zurich that a respect for each other’s work ethic and achievements had evolved into something more, a warm friendship.

Murray, in launching this year’s Glasgow event, said:
“To get the opportunity to play against [Roger] has been great for my game… Obviously, it’s been hard because of how good he is, but I’ve loved competing against him and he’s always been good to me away from the court. That’s important too.”

Just how easy they have become with each another was abundantly clear in their warm-up coaching clinic with Murray’s mother and 20 or so charity representatives. Federer, so contained during match-play, showed his extrovert, spontaneous side, the life and soul of the party. And Murray followed suit, and looked genuinely touched when Federer said, in the pre-match press conference:

“It’s nice to see you back on the court, and I’m sure we’re going to have a great match tonight. It’s just nice being on the court with you again: I’ve missed you, man.”

But of course, interest in the event has gone beyond the match and the money. Here, Murray would play his first match since the beginning of July. He admitted that his condition was not yet perfect:

“Things have been going pretty well in the rehab, but you never know. I’ve been training for a few weeks now. Some days I’ve felt great, some days not so good. But I’m getting there. I’ll come back when I’m ready and when I’m 100 percent fit. I probably made a bit of a mistake trying to get ready for the US Open, but I wanted to give it a go. Now it’s time to give my body the recovery and rest I need.” 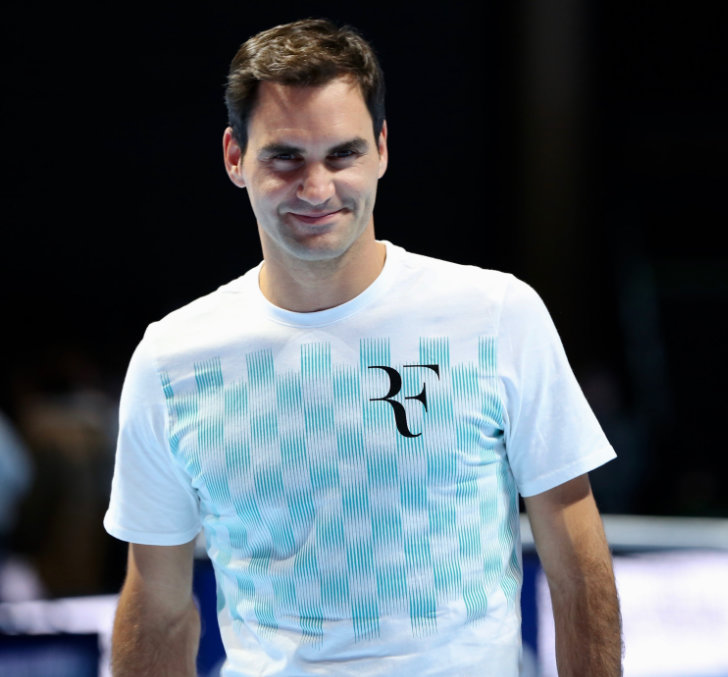 Federer’s advice, based on his own recent experience, was clear:

“My big advice is just to get healthy again, pal. That’s it. Take your time, however long it takes.

“When you come back you want to be 100 percent. Otherwise the problem is you feel you can’t beat the best, can’t win the big tournies. So it’s wise and worthwhile to take the extra week, extra month, whatever it might be, because I’m sure Andy has a lot of years left. There shouldn’t be a hurry. You need to have goals but sometimes they need to be postponed.”

The proof has been in the pudding—not just from Federer but from Nadal, too, who bounced back from his own injury absence to also win two Majors and rise to No1 in the rankings.

There is no doubt that Murray is heeding not just Federer’s advice but that of specialists and his team.

“I spoke to a bunch of specialists. Surgery was not recommended for me and obviously, that’s great. You never know how you’re going to come back from surgery. If you can go a conservative route, it’s better.

“So I sat down with my team and it was like: Let’s just take time to get ready again, do all of the rehab, get yourself as strong as possible. And that’s one of the few positives of a break like this. You get the opportunity to do a lot of work in the gym and build up your strength and your endurance.

“Certainly I’ve spent more time in the gym with my physios than I have on the tennis court, but the last week to 10 days, I’ve been on the court an hour and a half to two hours, most days, just trying to build up slowly.”

Is he confident of getting back to 100 percent fitness, then?

“I believe I will, yes. You never know when you’re coming back from any injury, but that’s what I’m working towards, for sure. We have to see, but I believe that will be the case.

“When I get back on the court next year and start playing again, it might not come immediately at the beginning of the year. I might not play my best tennis straight off, but… I think I’ll be able to come back just fine.”

Further information about Andy Murray Live on the dedicated website.