Andy Murray's charity event raised over £700,000, more than doubling the amount raised in its debut in Glasgow in 2016 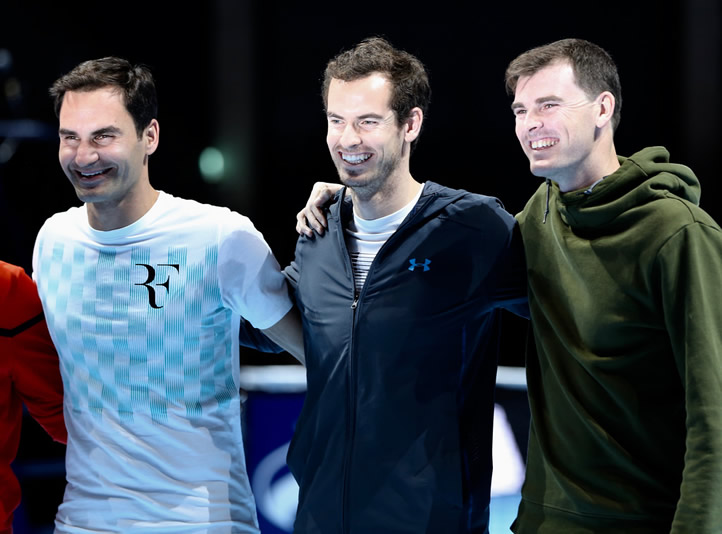 Andy Murray Live, the tennis exhibition event set up by two-time Olympic gold medallist and Wimbledon champion, Andy Murray, has this year raised over £700,000, more than doubling the amount raised in its debut in Glasgow in 2016.

The money raised will be shared equally between Unicef UK, for whom Andy is an Ambassador, and Scottish charity, Sunny-sid3up.

Unicef, the world’s leading children’s organisation, will use the money raised to help protect children in emergencies, such as those affected by the Syria crisis. For example, the funds could help Unicef provide sets of hats and gloves for 116,000 children to keep them safe and warm when bitter weather hits this winter.

Govan-based Sunny-sid3up will focus on tackling projects that improve lives and communities in both in Scotland and overseas. The charity is already planning how the funds will make a long-term difference close to home, as well continue the work started in Sri Lanka by its late founder, Christopher Feeney.

This year, Murray scored the coup of bringing Roger Federer to Scotland for the first time, after he had joined the Swiss for an exhibition in Zurich in April to raise funds for the Federer Foundation.

After the singles match between the two former No1s, Murray joined forces with brother Jamie to take on Tim Henman and Mansour Bahrami in the doubles. Still Game stars, Jack and Winston, also surprised the 10,800 sell-out crowd with an impromptu appearance.

The fundraising total was boosted by the addition of a fundraising dinner around the show-court on the night before of event. With live music from Will Young, and Rob Brydon acting as MC and auctioneer, the guests were served a meal prepared by world renowned chef Albert Roux.

Those not able to attend in person were able to watch Andy Murray Live on Eurosport, and more than two million around the world watched on Facebook. For the first time, Facebook viewers were also able to donate to the charities direct from the live stream.

For Murray, this was his first public match since Wimbledon, as he has been absent from the professional tour to rehab a hip injury. He said of this event:

“It was always really important to me that this event should be for charity, and so I’m really pleased we’ve been able to build on the success of last year and more than double what we raised in Year 1. Being able to support children and those in need is really important to me. The money raised will make a real difference in Scotland and around the world”

“We were pleased to be able to help Sunny-sid3up offer tickets to some of their tireless workers and charity users throughout the Glasgow area. Glasgow is a great host city for the event and the welcome that Roger Federer received when he stepped out on court with Andy, was amazing.”

Federer, who is competing this week at the World Tour Finals in London, where Murray won his first title and rose to No1 a year ago, was asked about playing the event, and also Murray’s recovery.

“Well, first, it was a great feeling to be on a court again with him. I’ve missed him. It was a great experience in Glasgow to do something good for other people, other charities, with a legend of the game. I love teaming up. I think we could do more of it. [But] it’s always tough to organise.

“Considering [Andy] has been totally out of the spotlight, I think in some ways it was a brave move for him to just put himself out there, give it a go. Nobody really knew how he was doing. It would have been easy for him to just say, ‘You know what, I’ll have somebody else play. Tickets are sold out. Roger is coming. I can make somebody else play Roger maybe. It will still maybe be a successful story.’

“I think the fans were excited to see Andy play. He got great support, which I was happy to see in my rival’s home country. To see him getting this much support was beautiful. [And] I was actually happy how he was playing.

“Definitely he can move better, he can serve better—we know all these things. [But] for a start, I think it was actually quite encouraging and actually OK. He still has a lot of time before Australia comes around, but only he knows at what level he wants to return to competition.

“But I thought he was actually pretty good. I didn’t expect him to be this good yet.”

Murray is expected to announce plans early in 2018 for next year’s event. Meanwhile, fans can still support the charities by visiting: www.andymurraylive.com