Photo: Alexis Sanchez approves of Arsenal’s Christmas present to him

Alexis Sanchez looks pleased with Arsenal's Christmas gift for his dogs. So, will he now sign a new contract? 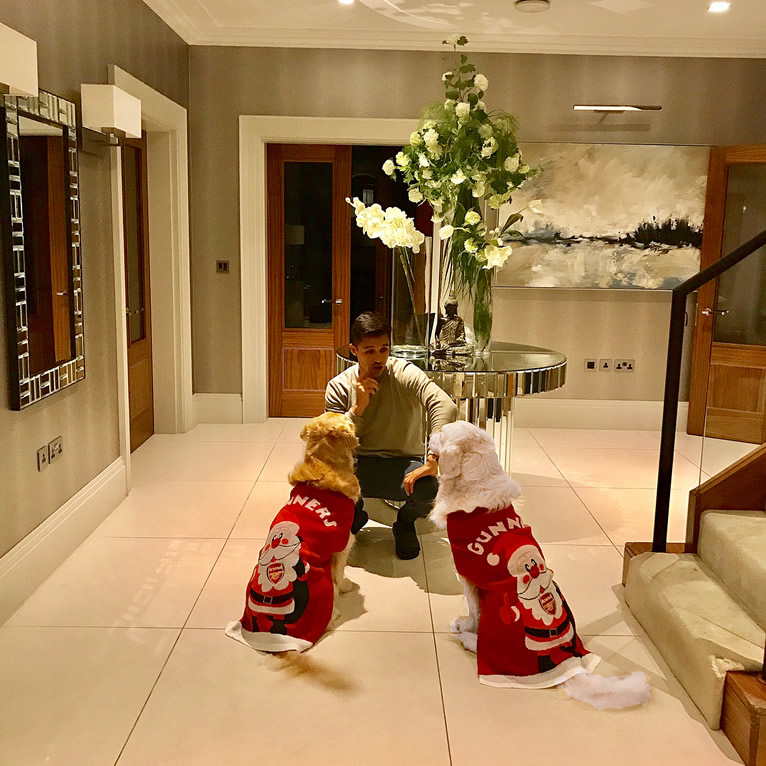 Alexis Sanchez has taken to social media to show how happy he was to be handed Christmas jumpers for his dogs Atom and Humber by Arsenal.

The north London club are supporting Save the Children’s Christmas Jumper Day again this year and they even had some special editions created for Sanchez’s two dogs.

Sanchez has been working hard to get back to full fitness with the Gunners after missing the opening stages of the season with an abdominal problem.

The 28-year-old’s future remains up in the air, with the Chilean’s current contract set to expire at the end of the season.

And Arsenal fans will be hoping that the club’s present for his two dogs could help to sway him into signing a new contract with the north London side.

Sanchez posted the picture above on his personal Instagram account and wrote the caption: “🔴⚪️Buy your Arsenal Xmas dog jumper and help @savechildrenuk 🐶🐶🌲🐾”

The Arsenal Foundation has been supporting Save the Children as its global partner since 2011 and has raised more than £2m to support the charity’s life-saving work.

Arsenal return to Premier League action on Sunday afternoon with a crunch clash against Manchester City at The Etihad.

The Gunners are currently fifth and nine points adrift of Pep Guardiola’s pace-setters.

Photo: Chelsea star Alvaro Morata poses with his wife at his London apartment