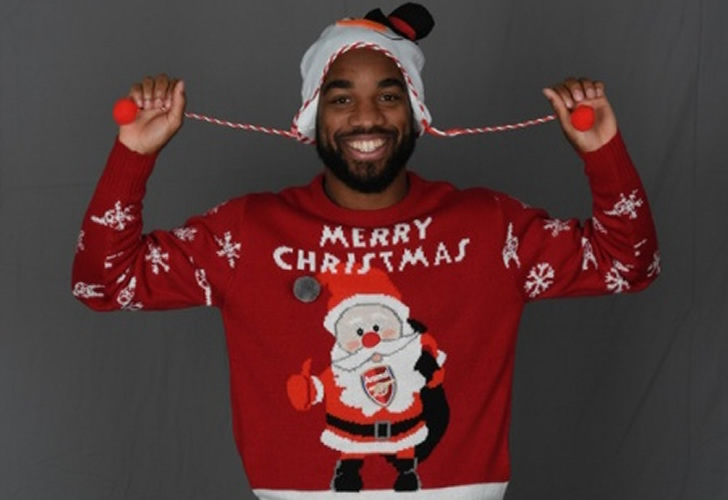 Alexandre Lacazette and Granit Xhaka were among the Arsenal players to show their approval by donning some festive knitwear as part of the north London club’s support of Save the Children’s Christmas Jumper Day.

Theo “Woolcott”, “Sweater” Cech were some of the other Gunners players to give the thumbs up in their festive-wear in the name of charity.

The Gunners are selling an exclusive range of Christmas Arsenal knits, which each carry a 20 per cent donation of the RRP to Save the Children.

The range even includes a knit specifically designed for dogs, with Alexis Sanchez’s two Golden Retrievers showing off their new look last week.

Arsenal fans will certainly be needing some cheering up after the disappointment of their 3-1 loss to Manchester City in the Premier League on Sunday left them 12 points behind the leaders after 11 games.

The Gunners will bid to get back to winning ways when they host bitter local rivals Tottenham Hotspur at The Emirates on Saturday 18 November, after the international break. 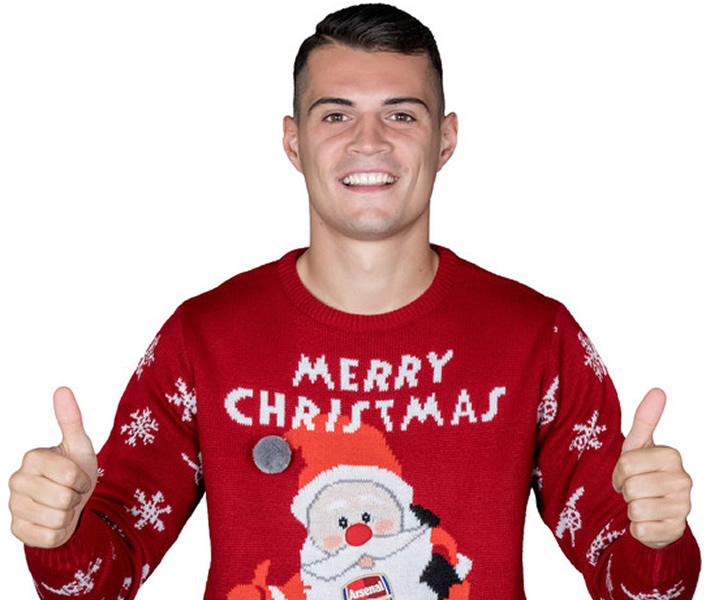 The Arsenal Foundation has been supporting Save the Children as its global partner since 2011 and has raised more than £2m to support the charity’s life-saving work.

Most recently, the Gunners have worked with Save the Children to build football pitches for vulnerable children in Jordan, Somalia and Indonesia.

To find out more, to swap your kit for a knit and sign up for Save the Children’s Christmas Jumper Day on Friday 15 December, visit: ChristmasJumperDay.org.