Arsenal star responds directly to talk of him leaving The Emirates 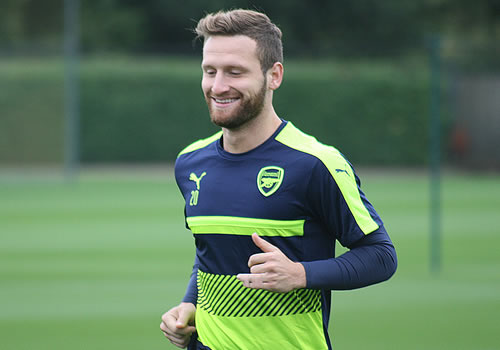 Shkodran Mustafi has bluntly rubbished suggestions he was close to quitting Arsenal in the summer transfer window.

The Arsenal defender was one of the heroes for the Gunners on Saturday as he scored the opening goal in the 2-0 victory over Tottenham Hotspur in the north London derby.

Mustafi was linked with a move away from Arsenal in the summer just one season after having signed for the Gunners from Valencia.

However, the 25-year-old Germany international has bluntly rejected claims that he could have left the north London side in the summer transfer window and underlined his commitment to the Gunners.

Defender Mustafi is quoted as saying by Metro after Saturday’s game: “That’s your job. You are asking me about it, it’s your job from the people outside, talking and thinking that they know everything.

“What happens in the changing room is the real thing. I don’t understand why people just talk about things they cannot know about.

“If I have been talking to clubs or if I haven’t, it’s only rumours.”

He added: “I’m here, I’m standing in front of you in an Arsenal shirt.”

Arsenal’s win over Tottenham left them in sixth place in the Premier League table and still 12 points behind leaders Manchester City.

However, the victory also moved them to within one point of their bitter local rivals Spurs after 12 games of the new campaign.

The Gunners will look to build on their derby win when they take on Burnley at Turf Moor on Sunday afternoon.

Arsenal have not won the Premier League title since their famous unbeaten triumph in the 2003-04 campaign, before their move to The Emirates back in 2006.

Paul Pogba predicts where Man United will finish this term