The draw has been made for the 2017 ATP Finals, with Rafael Nadal and Roger Federer topping the new-look groups ahead of the tournament 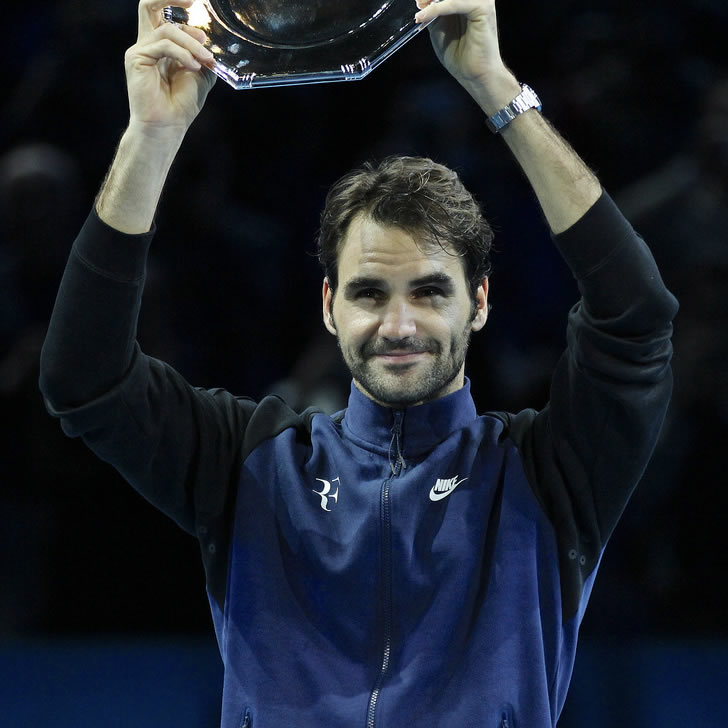 After a delay of almost an hour, the promised draw, live, on Radio 2’s Chris Evans show was finally done and dusted.

Boris Becker, one of the two past champions, along with Pete Sampras, whose names headline the groups for the Nitto ATP Finals next week, was held up in London traffic, but duly made his appearance—not at the scheduled 8.15am but at 9.15.

The former year-end champion revealed that he was held up by a car fire. A decent excuse, it transpired.

And so to business.

Group A, the Pete Sampras Group, would be headed by No1 Rafael Nadal, Group B, the Boris Becker Group, by No2 Roger Federer.

Then the remaining names were pulled out in ranking order pairs: Nos 3 and 4 Alexander Zverev and Dominic Thiem; Nos 5 and 6, Marin Cilic and Grigor Dimitrov; Nos 7 and 8, David Goffin and Jack Sock. The result was:

The eight-man field has a very different look from last year, when world Nos1 and 2 were Novak Djokovic and Andy Murray, and those two would go on to swap places at the top of the ranks with Murray’s victory over his rival in the final, clinching his first year-end title at the same time.

Twelve months ago, neither Rafael Nadal nor Roger Federer were among the eight: Both had missed extended periods during 2016, Nadal with a wrist injury picked up at the French Open, Federer following knee surgery after the Australian Open. The Swiss, indeed, had not played since Wimbledon. This year, the story was reversed.

While both Djokovic and Murray had been absent from tour since Wimbledon, Nadal and Federer had swept all four Majors between them and the majority of the Masters, too. Now they headed the two groups in London.

In fact, none of last year’s semi-finalists play this year—all absent with injury. For it is not just among the ‘big four’ that the line-up has a different look.

The next three ranked players at London in 2016, Stan Wawrinka, Milos Raonic and Kei Nishikori, are also absent, drawing a line under their seasons due to injury. And No6 Gael Monfils, who played the O2 tournament for the first time in 2016, could not make it to the end due to injury, and this year was also among the walking wounded come the final weeks of the ATP calendar.

Austrian Dominic Thiem debuted last year as the youngest in the line-up, and David Goffin played one match, as alternate, after Monfils’ withdrawal.

However, the youngest man this year is 20-year-old Zverev, whose outstanding race up the ranks was boosted by two Masters titles. The German was the first to qualify for the inaugural ATP Next Gen Finals this week in Milan, but withdrew to focus on the World Tour Finals in London.

The conclusion to qualification this year was as dramatic as it could be: Jack Sock grabbed the eighth spot in the last match of the 2017 tour, the final of the Paris Masters—and incidentally the American’s first Masters title—to squeeze out Pablo Carreno Busta.

Federer, who has a 49-4 record this year and a tour-best seven titles, has a 52-12 career record at the World Tour Finals, and is looking to win his seventh year-end title.