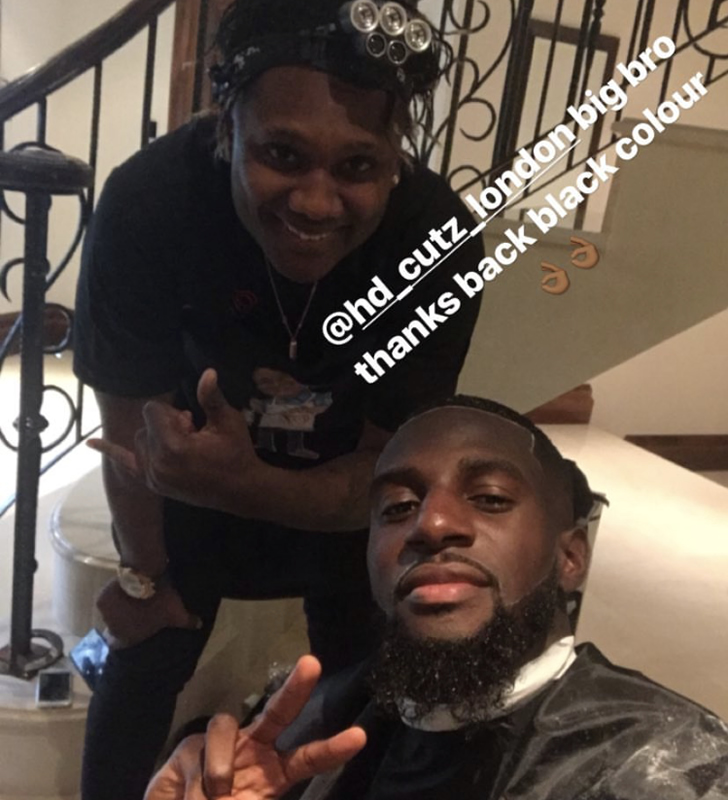 Tiemoue Bakayoko has been making sure that he’ll be looking sharp as he prepares for the return of the Premier League with Chelsea this weekend.

The French midfielder has been getting used to life at Stamford Bridge after signing for the Blues from Monaco in the summer transfer window.

Bakayoko earned praise for his performance for Chelsea in the 1-0 victory over Manchester United before the international break as the west London side signalled their title credentials.

However, the 23-year-old was not called up to the France squad for their recent friendly clashes, and so he has instead been working on his fitness levels at Chelsea’s Cobham training ground.

Bakayoko recently sported a blue haircut, but the midfielder has taken to social media to reveal that he has returned to his natural hair colour ahead of the return of the Premier League.

Bakayoko posted the picture above on his personal Instagram story ahead of Chelsea’s trip to West Brom on Saturday.

Chelsea head into the game looking to continue their good form after their impressive 1-0 win over Manchester United earlier this month.

Still, the Blues have some work to do in the Premier League title race, with Antonio Conte’s men currently fourth and nine points behind leaders Manchester City after 11 games.