Photo: Alvaro Morata recharges with his wife ahead of Chelsea v Newcastle 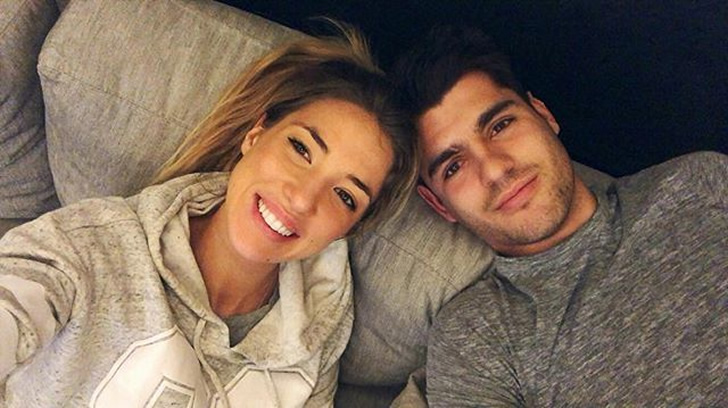 Alvaro Morata looked to be in a relaxed mood as he recharged his batteries with his wife Alice Campello ahead of Chelsea’s clash with Newcastle United in the Premier League on Saturday lunchtime.

The Spanish striker has been getting used to life in London following his summer move to the English capital from La Liga giants Real Madrid.

Morata has also been getting used to life as a married man, after having tied the knot with his long-term girlfriend Campello this summer.

The young couple will have been exploring their new home of London in recent months, and the pair seemed to be in good spirits as they posed for a picture in their apartment this week.

Morata has been making a steady start to life in the Premier League with Chelsea.

The 25-year-old striker has been a regular fixture in the first team at Stamford Bridge since the move and seems to be adapting well to the rigours of English football.

Chelsea are aiming to try and retain their Premier League title this season after they won the trophy in style in Antonio Conte’s first campaign at the club last term.