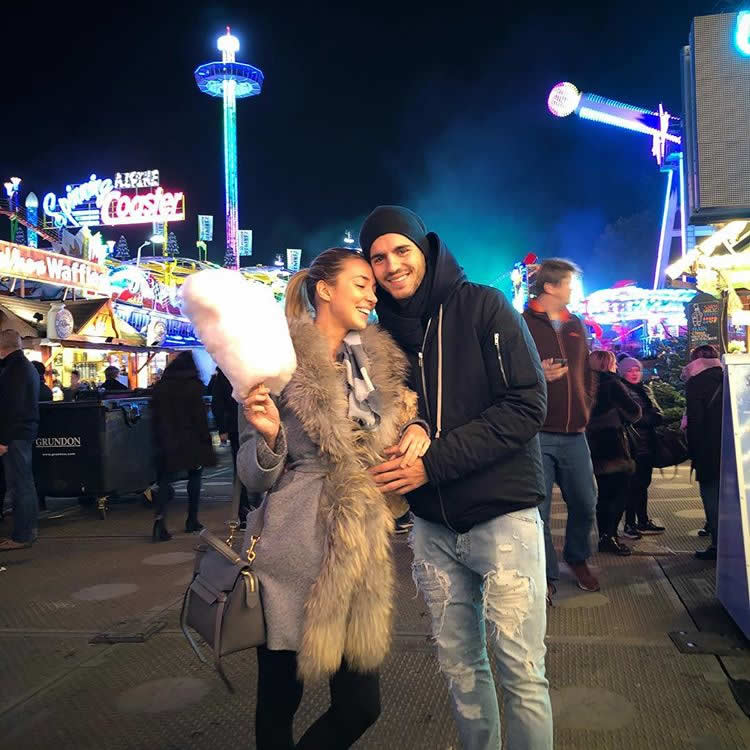 Alvaro Morata looked to be in good spirits as he visited Winter Wonderland in London with his wife Alice Campello after helping to inspire Chelsea to a 4-0 win over West Brom on Saturday.

Morata has been in fine form for the west London side since joining the Blues from Real Madrid in the summer transfer window.

The 25-year-old opened the scoring for the visitors on Saturday before goals from Eden Hazard and Marcos Alonso wrapped up the three points.

The Spanish striker has scored eight goals and made four assists in the Premier League for Antonio Conte’s men so far this season and has seemingly adapted to life in England with ease.

And it seems that Morata is completely settled off the pitch as well as he enjoyed some downtime with his wife Alice on Sunday in London.

Morata posted the picture above on his personal Instagram account and wrote the caption: “❤️ winter wonderland with my @alicecampello ❄️🎡🎢💙”

Morata could be in line to feature for Chelsea when the Blues return to Champions League action on Wednesday night with a trip to Azerbaijan to take on Qarabag.

A win for Conte’s men would book their place in the last 16 of the Champions League.

Hector Bellerin: Arsenal have shut up critics with 2-0 win over Tottenham