Photo: Chelsea star Cesc Fabregas poses with his wife on week off 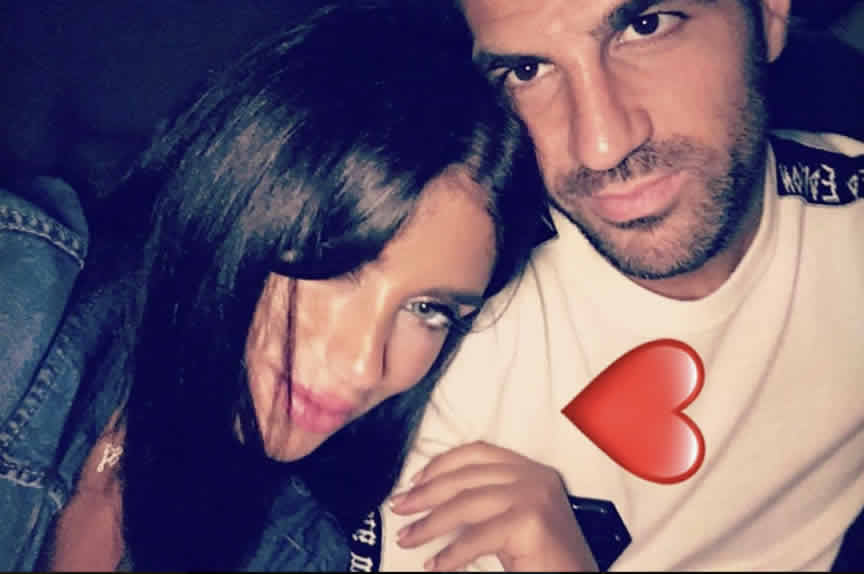 Cesc Fabregas enjoyed some downtime with his wife Daniella Semaan after his sparkling display for Chelsea against Manchester United last weekend.

The 30-year-old was named as the man of the match as Antonio Conte’s men recorded an important 1-0 victory over Manchester United at Stamford Bridge to reignite their title hopes.

Fabregas has been in good form for Chelsea so far this season and has featured in 10 of the Blues’ 11 Premier League games.

However, the former Arsenal captain has been left out of the Spain squad for the forthcoming round of international fixtures.

That has left the midfielder with some time off to recover from a gruelling start to the new Premier League season.

And Fabregas took to social media on Wednesday night to reveal that he was spending some downtime with his wide Daniella.

The Spain international will be hoping to start for Chelsea when the Blues return to Premier League action after the international break with a crunch clash against West Brom at The Hawthorns.

The west London side are currently fourth in the Premier League table and nine points behind Manchester City after 11 games of the new campaign.

Michael Owen: What I really think about Jurgen Klopp at Liverpool FC