Photos: David Luiz, Bakayoko show Chelsea fans what they’re up to at Cobham 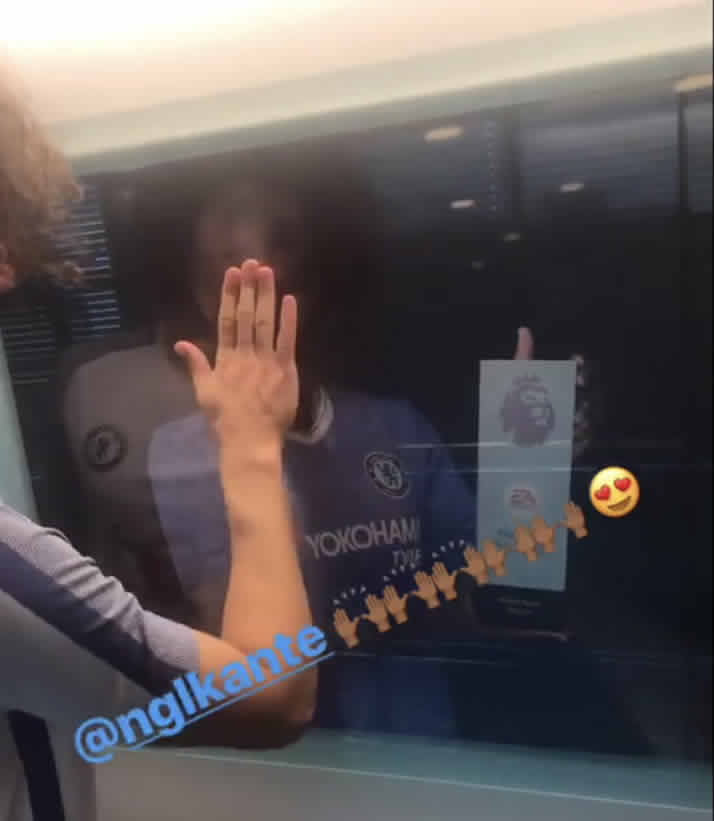 David Luiz looked to be in a playful mood after Chelsea training on Thursday despite his exile from the Blues squad last weekend.

The Brazilian defender was left out of the Chelsea squad altogether on Sunday for the 1-0 victory over Manchester United at Stamford Bridge amid reports he had been dropped for questioning manager Antonio Conte’s tactics.

Luiz was pictured sitting in the stands during the game as Conte’s men claimed a 1-0 victory over the Red Devils thanks to Alvaro Morata’s second-half header at Stamford Bridge.

Despite his omission from the squad on Sunday, Luiz appeared to be in high spirits as he messed around with Tiemoue Bakayoko at Chelsea’s Cobham training ground on Thursday.

It seems that Luiz has returned to the fold at Cobham and has been taking part in training sessions during the international break.

Bakayoko filmed a video of the defender as he playfully messed around with a picture on N’Golo Kante on the wall at the Cobham training ground.

The Chelsea summer signing then shared the video on his personal Instagram story as the pair continued to work on their fitness levels.

Chelsea’s win over Manchester United left them in fourth place in the Premier League table and nine points behind leaders Manchester City after 11 games of the new campaign.

Both Luiz and Bakayoko will be hoping to feature for Chelsea when the west London side return to Premier League action after the international break with a crunch clash against West Brom at The Hawthorns. 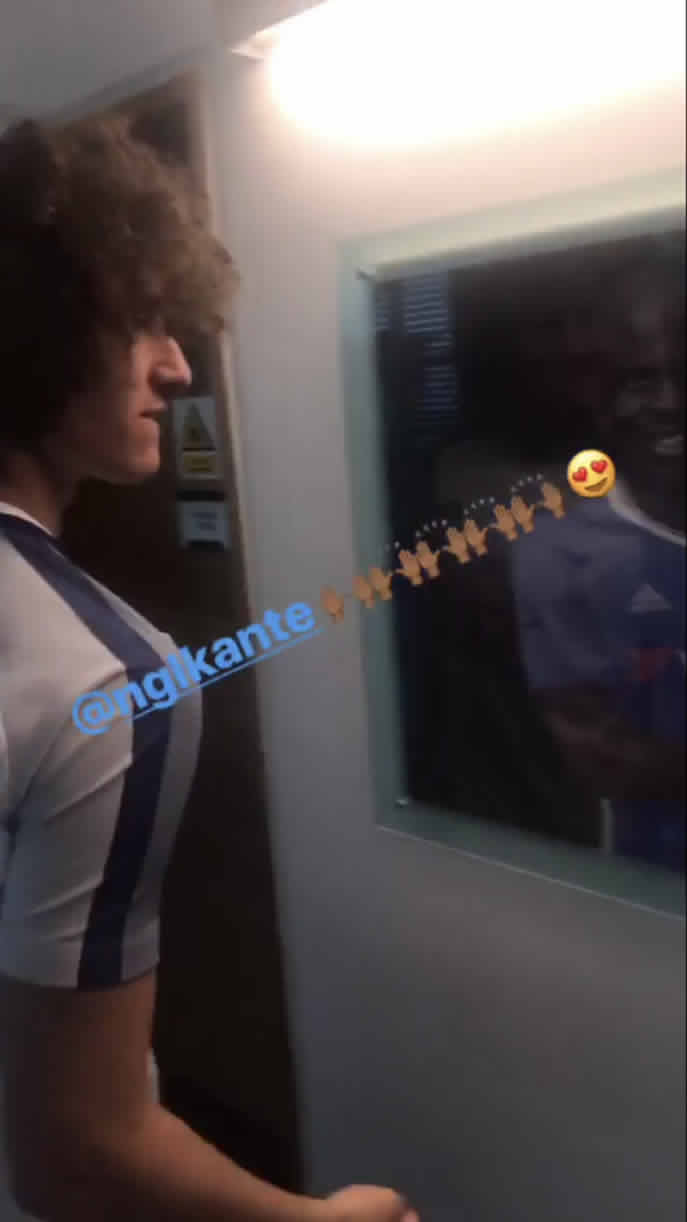