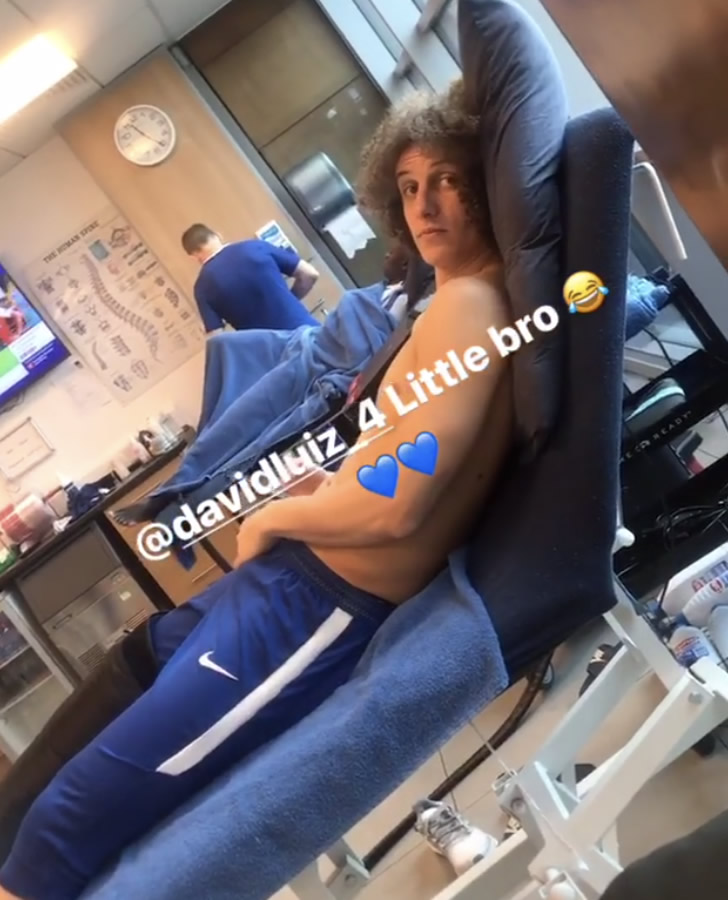 David Luiz doesn’t look like he’s letting his omission from the Chelsea squad last weekend get him down as he gets on with training at Cobham.

The Brazilian defender was left out of the Chelsea squad altogether on Sunday as the Blues claimed a 1-0 victory over Manchester United at Stamford Bridge.

Antonio Conte reportedly opted to omit the Brazilian from his match-day squad after he questioned the Chelsea manager’s tactics in recent games.

However, Luiz looked to be in good shape at Chelsea’s Cobham training ground this week as he, along with a handful of his team-mates, continue with some fitness work during the international break.

Tiemoue Bakayoko has also been working at Cobham this week and the summer signing snapped the picture above of Luiz at Cobham and posted it on his personal Instagram story.

Both Bakayoko and Luiz will be hoping to feature for the west London side when the Blues return to Premier League action after the international break with a crunch clash against West Brom at The Hawthorns next weekend.

Chelsea’s victory over Manchester United lifted them up to fourth place in the table and left them nine points behind leaders Manchester City after 11 games of the new campaign.