Photo: Fabregas, Pedro all smiles on Chelsea flight to Azerbaijan 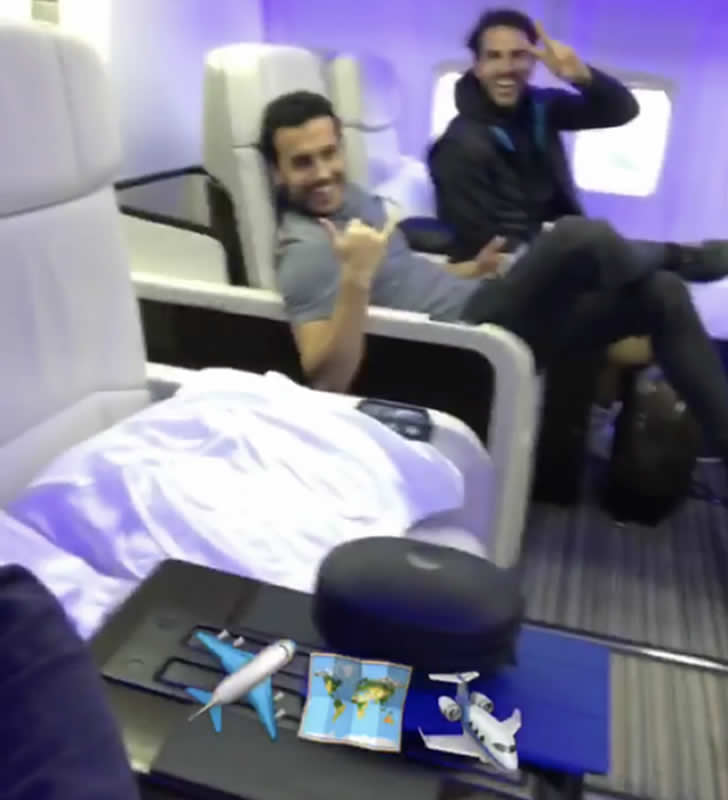 Cesc Fabregas and Pedro were all smiles as Chelsea jetted off to Azerbaijan ahead of their crunch Champions League showdown with Qarabag on Wednesday night.

Chelsea head into the game knowing that a victory would secure their place in the last 16 of Europe’s elite club competition.

The Blues have been in good form in the Premier League of late, and followed up their victory over Manchester United with a 4-0 win at West Brom on Saturday.

Eden Hazard scored twice to add to goals from Marcos Alonso and Alvaro Morata to help Chelsea move up to third place in the Premier League table.

And the Blues will be hoping for a repeat of that performance as they try and secure their place in the last 16 of Europe’s top club competition.

Fabregas and Pedro have both been in good form for Chelsea in recent weeks and were all smiles as they posed for a picture on the flight, as Marcos Alonso posted it on his Instagram story.

Chelsea will then switch their attentions towards their crunch clash with Liverpool FC at Anfield on Saturday afternoon.

Paul Pogba: Man United star is the best in England