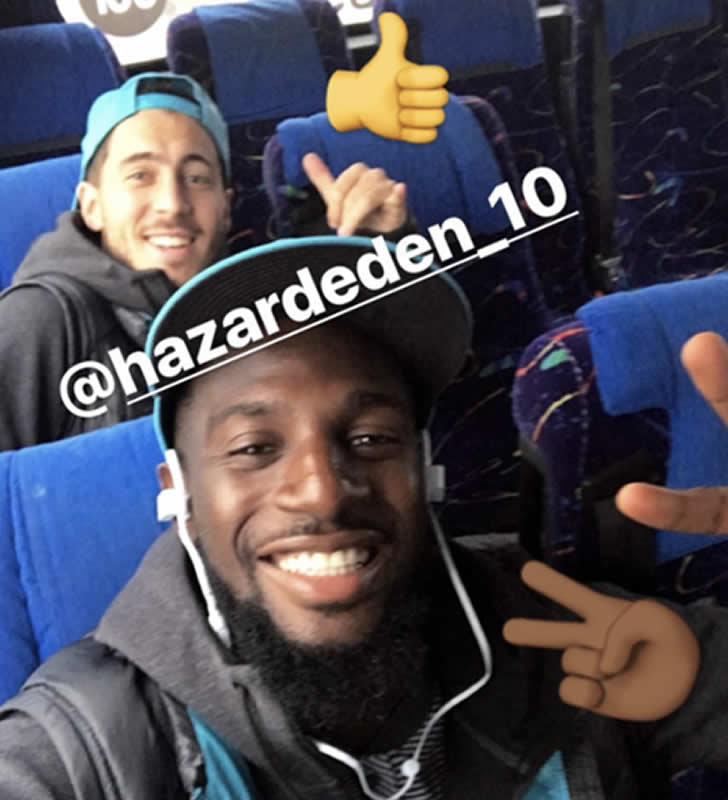 Tiemoue Bakayoko posed for a picture with Eden Hazard and gave the thumbs up as the Chelsea squad prepare for their Champions League clash against Qarabag on Wednesday night.

The Blues head into the game looking to try and book their place in the last 16 of Europe’s elite club competition, and knowing that a victory would seal their progress.

Hazard was in superb form for Chelsea at the weekend as he scored twice and was named as the man of the match in the 4-0 victory over West Brom at The Hawthorns.

Bakayoko also featured for Antonio Conte’s men as they moved up to third place in the Premier League table.

The pair will both be expecting to line up for the Blues when Chelsea take on Qarabag in Azerbaijan on Wednesday.

And they looked to be in good spirits as they posed for a selfie on their way to the Champions League clash.

Bakayoko posted the picture above on his personal Instagram story as the Blues prepared for the game.

Chelsea will then switch their attentions back towards their crunch Premier League clash with Liverpool FC at Anfield on Saturday evening.

The Blues are currently nine points adrift of leaders Manchester City after 12 games.

Paul Pogba: Man United star is the best in England